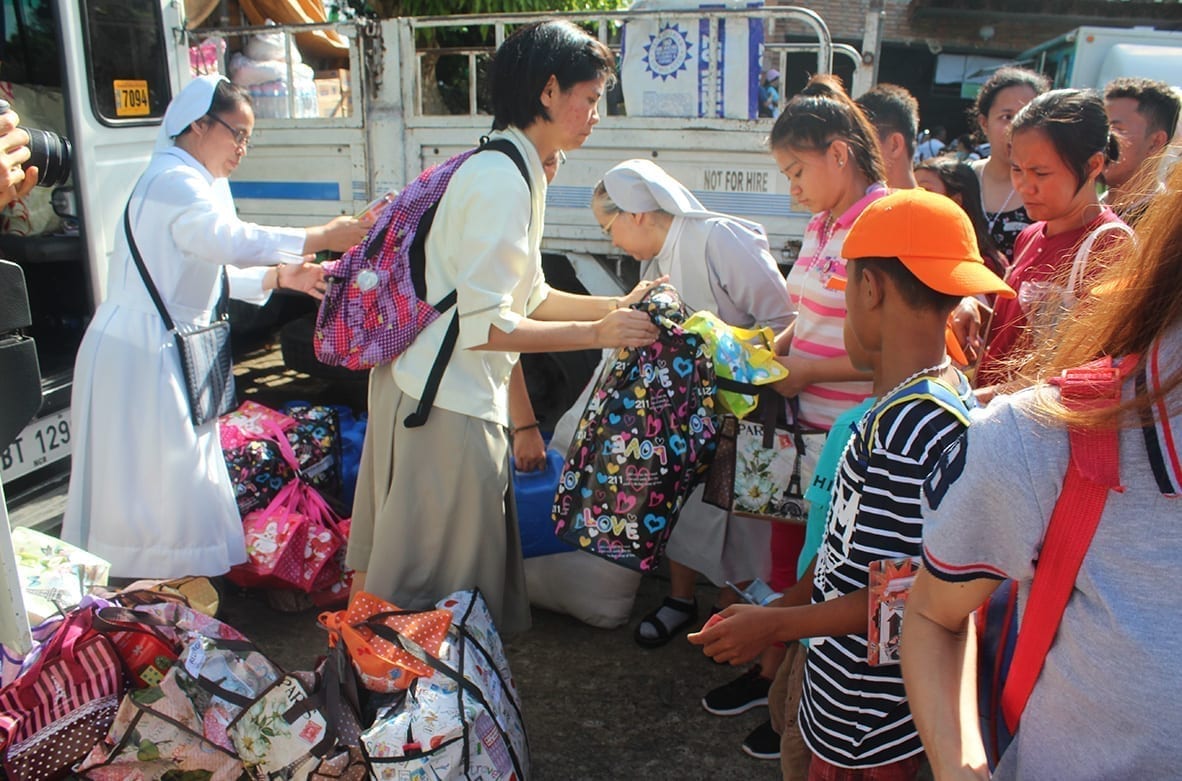 Manila (Philippines) On 12 January 2020, the Taal volcano in the province of Batangas, on the west coast of the island of Luzon in the Philippines, started to erupt, with an alert level 4 (5 is the highest) and people living within 14 kilometers have been evacuated. The ash falls were substantial on the four Houses of the Communities of the Daughters of Mary Help of Christians in the Lagoon, also partially reaching the four FMA Houses in Manila. The alert level has dropped to 3, but people who have homes within seven kilometers cannot yet return to their homes. Many houses were destroyed by the volcanic earthquake and ash fall. Altogether, nearly 400,000 people were affected by the eruption.

On the first days, some FMA of the Provincial House of Manila along with VIDES volunteers went to on site to meet the families and to collect data about the most urgent needs. As initial assistance, they distributed some food packages.

To deal with disaster management, the FMA of the FIL Province set up an operational unit (Task Force) which met on January 18 for planning rescue operations. Two schools have been designated as centers for the collection of basic necessities:  Don Bosco School in Manila and Mary Help of Christians School in Laguna.

The FMA Task Force, together with the eight FMA Educating Communities of Manila, Laguna, and Mindoro, on 26 January 2020 also coordinated a day of rescue which was held in the San Lorenzo Ruiz Parish in Taysan (Batangas), about a 3 hour drive from Manila. The FMA chose this Parish, as it was reached the least by assistance recommended by the Social Action Commission of the Archdiocese of Lipa (Batangas). The parishioners opened their homes to 400 displaced people. 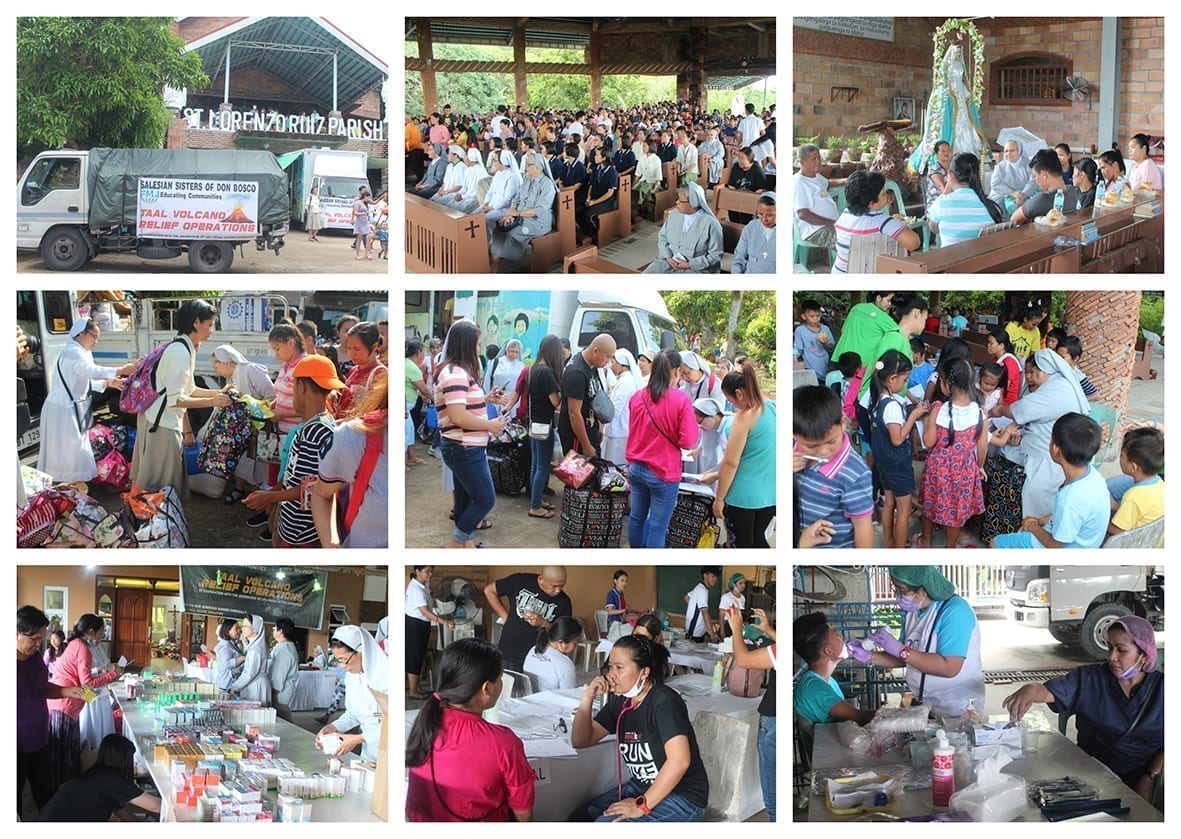 The day began with Holy Mass, immediately followed by several simultaneous activities: the young FMA in formation animated the games for the children, five doctors and three dentists provided their free service for medical relief, the FMA provided free medicines.

The victims were accompanied by FMA and lay social workers sharing in small groups, in order to bring out awareness of the traumas, but also of the internal resources to face the calamity with faith.

Food for 600 people was brought by the FMA community from the island of Mindoro – distant about 2 hours by boat and one hour by car – to be cooked on the spot.

The latest activity was the distribution of food packages, personal hygiene items, linens, and clothing, dust masks for the face, and other basic necessities made possible by the generosity of the members of the Educating Communities and some companies.

The three schools of the FMA also responded to the need for rescue operations. Teachers and pupils from Laguna College, Don Bosco School in Manila, and Mary Help of Christians School in Pampanga went to the worst hit places to provide relief. The FMA communities more distant from the evacuation centers, on the other hand, sent goods to contribute to the rescue operations organized by the respective dioceses. The FMA have also promoted Scholarships for displaced university students to allow them to continue studying.

In total, around 1000 IDPs have been helped by the FMA and the Educating Communities. Other initiatives are planned for the coming weeks.

The video of the day of rescue by Task Force FMA:

Relief Response to Landslide Victims in the Philippines