Home A Memory that makes history

A Memory that makes history 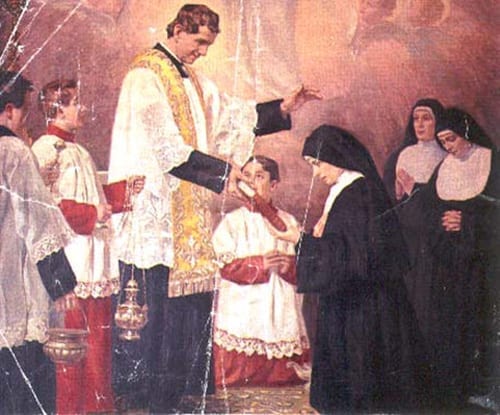 Don Bosco  matured the choice of founding a female religious congregation for the education of young girls through attention to the solicitations of his context, the ascertainment of the state of abandonment and poverty in which many girls found themselves; contact with various female Institutes; the confirmation of Pope Pius IX who encouraged him in this choice; through repeated ‘dreams’ and extraordinary facts he himself recounted; and from the depth of his Marian devotion: “Take care of them: they are my daughters” (Istituto FMA, Cronistoria, vol 1 p.25).

While he was maturing this project, at Mornese, Alessandria, Mary Domenica Mazzarello, member of the Association of the Daughters of the Immaculate, was animating a group of young women who dedicated themselves to the girls of the town with the aim of teaching them to become skilled in sewing, and above all, to guide them to be good Christians and honest citizens.
Thus two dreams were converging on an identical ideal: to bring to birth for the girls and young women as well, a religious Family similar to the of the Salesians: a new educative charism in the Church.  For this foundation, Don Bosco chose the group of the Daughters of the Immaculate.  Mary Domenica Mazzarello was the Co-Foundress in giving shape and development to the new Institution. 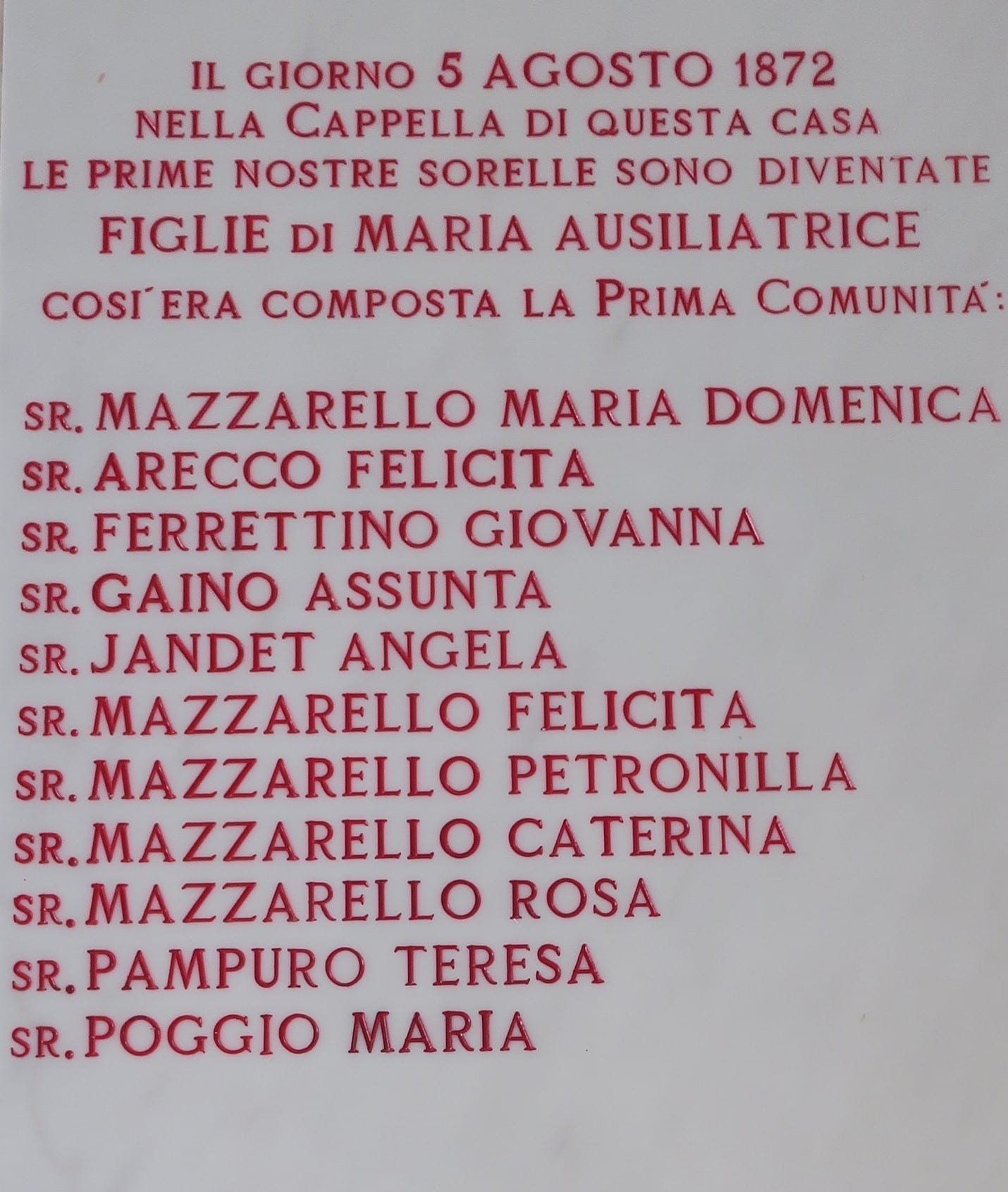 On 5 August 1872 at Mornese the first group of 11 young women made their First Profession to be in the Church and in the religious society, educators of young girls, above all of the working class.  They remain in the House of the foundation from 1872 to 1879.  In that short span of time was formed an identity and a spirituality that takes its name precisely from that little town of its origin, the spirit of Mornese.  Guides by the wise formation of Mother Mazzarello, the FMA creatively combine Don Bosco’s Preventive System with female resources and the needs of education for women and children, with an active presence in schools and catechesis. Having obtained the diocesan approval of the Constitutions by the Bishop of Acqui, on January 23, 1876, the FMA urged by missionary ardor began to leave Mornese to reach Uruguay in 1877 and then Argentina. Since then the Institute spread more and more in Italy, Europe, and America.

In 1879 the Motherhouse was moved to Nizza Monferrato (Asti) where the Institute opened the first School for the formation of teachers and experienced a strong missionary enthusiasm and a promising increase in vocations.

Since 1891 the FMA are present in Asia, since 1893 in Africa and since 1954 in Australia. The mission is carried out in a plurality of educational environments open to multiculturalism and inter-religiousness with particular attention to children, girls, and women. Everywhere we try to keep alive the missionary thrust of the origins, “essential element of the identity of the Institute” (cf. FMA Constitutions, art. 75) with vigilant attention to the needs of the times and the local Churches.

In 1906-1907 the Institute, following the publication of the Normae secundun quas (1901), lives the process of separation from the Salesian Congregation, especially with reference to the administrative aspect and juridical dependence on the Rector Major. However, communion and active collaboration remain in sharing the spirituality of the Founder and the educational mission

From 1908 the first Provinces were established in Italy and Latin America. In 1911, after 39 years of its foundation, Pope Pius X granted pontifical approval of the Institute.

To date, the FMA have seen a remarkable geographical development that directs them to respond to the emerging educational needs on the five continents, with a variety of educational and promotional works born of the FMA’s creativity and apostolic  daring.  Everywhere, they respond to the unprecedented poverty of children, of young women, of families, of migrants. In this way the Institute continues to experiment with new forms of charismatic vitality, also thanks to the encouragement of the lay vocation of the Past Pupils and Salesian Cooperators with whom it shares the educational mission.

“The Saints are the reflection of God’s presence. The saints are our brothers and sisters who have accepted the light of God in their heart and have transmitted it to the world, each according to their own way. This is the goal of life: to let God’s light pass through” (Pope Francis).

Exhibit of the FMA Salesian Charism