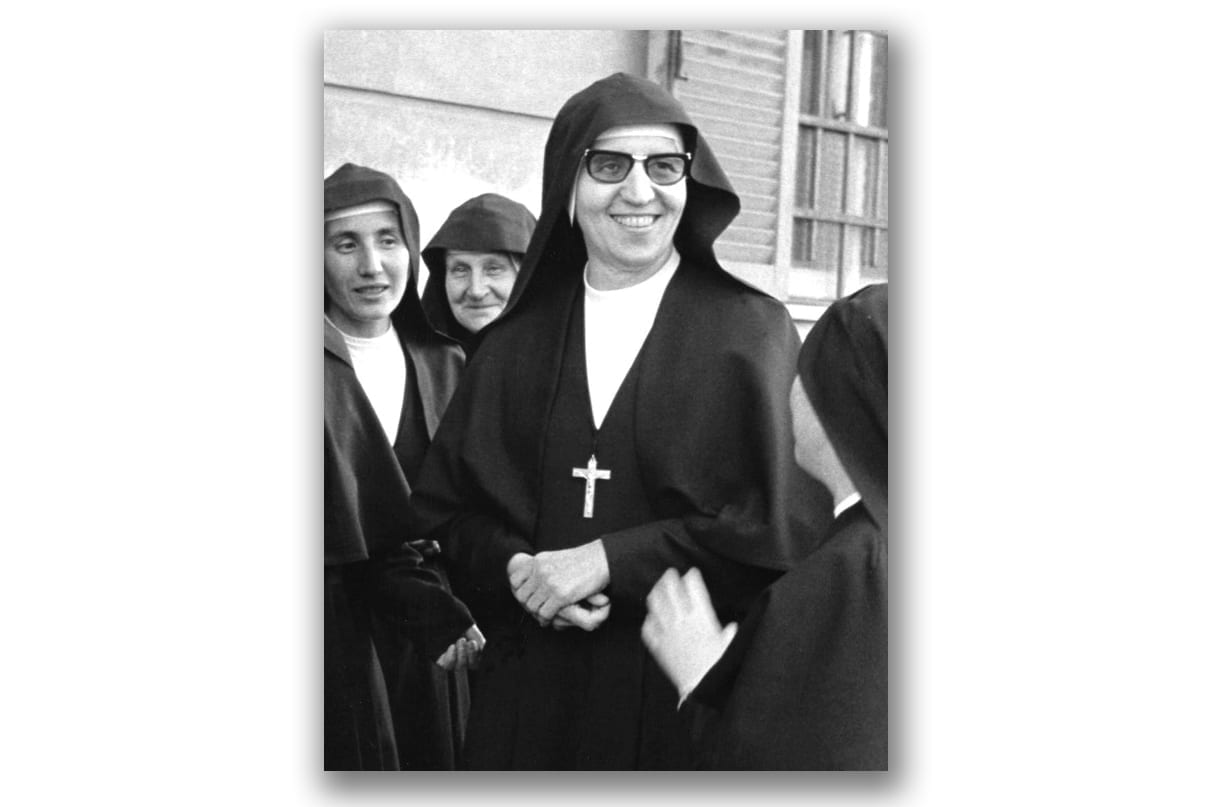 Roma (Italia). The Edict signed by Card. Angelo De Donatis, for the Cause of Beatification of the Servant of God Mother Rosetta Marchese, FMA bears the date of January 31, 2020.

On 8 March 1982, the Servant of God, Mother Rosetta Marchese, Professed Sister of the Institute of the Daughters of Mary Help of Christians died in Rome.

She was born at Aosta on 20 October 1922, of an authentically Christian family. In her city of birth, she frequented the schools of the Daughters of Mary Help of Christians in Aosta and soon discovered and matured her religious vocation. When she was less than sixteen years old, on 15 October 1938, she was received as an aspirant and on August 5, 1941 she made her first religious profession. At the end of her Higher Studies, she was sent to Vercelli as assistant to the students. In 1947, she was degreed in Literature at Sacred Heart Catholic University. Noting her characteristic gifts of maternity and animation, she was entrusted with teaching and the direction of various schools of the Institute: Caltagirone and Rome. In 1965, she was nominated as Provincial of the Roman Province of St. Cecilia. In 1971-1973, she was the Animator at Lecco, and

then until 1975, she was the Provincial of Mary Immaculate Province in Milan. In 1975, she was elected as a Visiting Counselor, and in the following General Chapter of 1981-82, as Mother General of the Institute. She was called to guide it in the centenary year of the death of Mother Mazzarello (1881-1981) with whom she had a mysterious affinity. Stricken with leukemia from May 1982, Mother Rosetta spent almost two years between hospital stays and hopes of recovery. The Servant of God considered her illness as a call of God to the exercise of spiritual maternity, which she lived as the total offering for the holiness and renewal of the Institute.

We read in the Edict: With the passing years, her fame of holiness was increasing and the formal request was made to begin the Cause for the Beatification and Canonization of the Servant of God, in bringing it to the knowledge of the ecclesial Community , we invite everyone and each one of the faithful to communicate directly or have arrive at the Diocesan Tribunal of the Vicariate of Rome (Piazza S. Giovanni in Laterano, 6-00184 ROMA) all the notifications that may in some way provide favorable or contrary elements regarding the fame of holiness of this Servant of God.

In addition, having to collect, according to the legal dispositions of the norms, all the writings attributed to her, with the present EDICT, we ask that all those who are in possession of these, to send to the above mentioned Tribunal as soon as possible, whatever writing authored by the Servant of God, if it has not already been consigned to the Postulation of the Cause.

We remind you that with the name of writings, we do not only intend printed works, but also those hand written, diaries, letters, and any other private writing of the Servant of God. Those who wish to keep the originals, may present copies with the due authentication.

Daily life, dreams and growth: the first documentary film about the...

Lives given in the name of fraternal charity