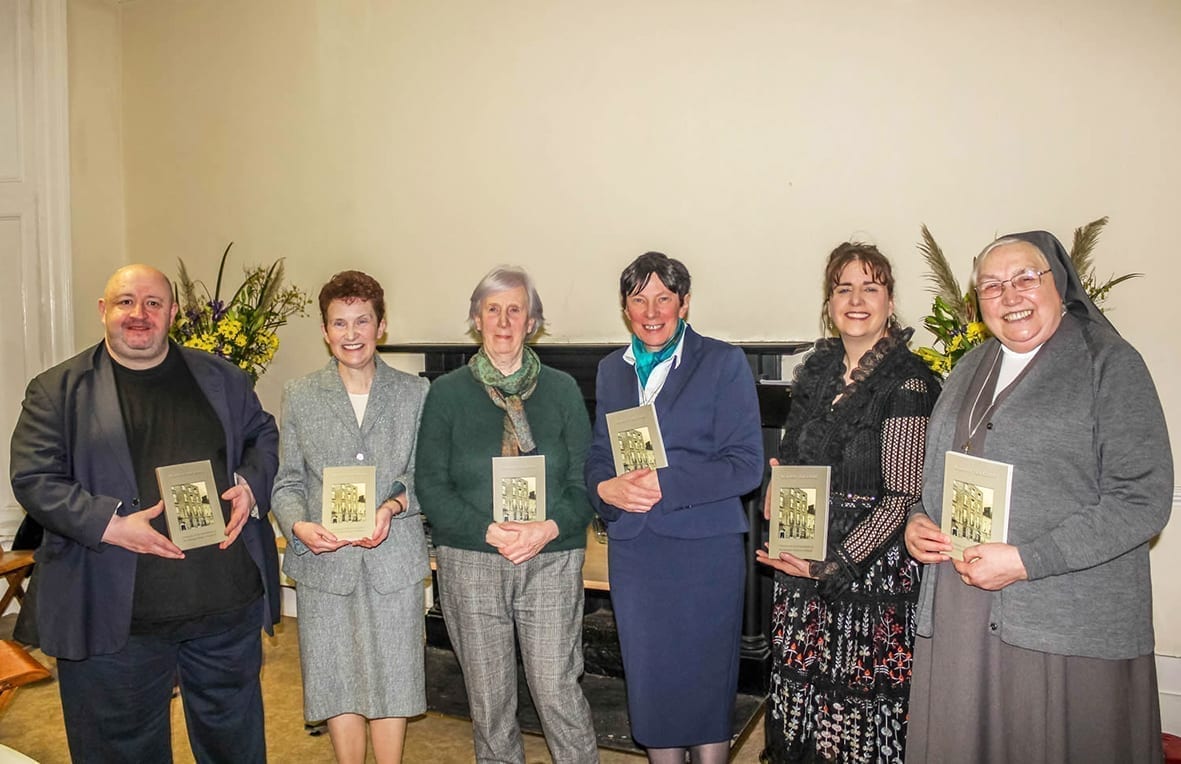 On February 26, she went to the Bawnogue district. The diocesan priest, Fr. Brian Starken showed her the Church of the Transfiguration and the room dedicated to St. John Bosco.  Mother then visited two schools: the Nano Nagle Junior School, where she spoke with the children, answering their questions, and the Talbot Senior School, where she expressed words of encouragement to the Director and the Teachers, highlighting the work they are doing in the Salesian spirit.

After these encounters, she left for Limerick where she was welcomed by the Our Lady of Limerick Community, and had lunch with a representation of the parish groups. In the afternoon, she visited the elderly sisters of Our Lady Queen of Ireland Community. In the evening, the Bishop of Limerick, Msgr. Brendán Leahy, joined the community to meet Mother Yvonne.

On February 27, after the Eucharistic Celebration with the Community, Mother met with the teachers and pupils of the Primary School of the diocese of Limerick directed by the FMA. The children performed some songs for  Mother. Subsequently, she went to visit the Santa Lile Houses and then met the Community of St. Francis de Sales, engaged in youth ministry. Visiting Regina Mundi Community, a group of young people welcomed her with a greeting in five different languages. For evening prayer and dinner, she was the guest of St. Ita Community.

On the evening of February 28, Mother Yvonne went to Halla Íde, the first House and place of the first school established by the FMA in 1920 in Limerick, where she participated in an event commemorating the 100th anniversary of FMA presence in Ireland.  It was the launching of the book “Against the Odds”, which tells the story of the first House opened in Ireland. After the greetings from the Provincial, Sister Bridget O’Connell, the authors of the publication, Sister Noelle Costello and Sister Sarah O’Rourke, shared some moments in the life of the FMA in the early years. Dr. Sinéad McCoole, a former student, then outlined the political and social context of the time, while Sister Betty Baker was the moderator of the evening.

When the first four FMA arrived in Ireland in 1920, there was no compulsory school attendance and many young people dropped out of school before the age of 14, without having a basic education. At the request of Bishop Denis Hallinan, the FMA held evening classes in Halla Íde, Thomas Street, for 250 girls who worked mainly in the factories. The program consisted of reading, writing, math, cooking, laundering, and embroidery. The sisters encouraged the girls to sing, dance, and act. Religious instruction was also given and many of them were prepared for Confirmation. The Daughters of Mary Help of Christians contributed in various schools and collaborated in the youth ministry of the area in various forms with chaplaincies, youth centers, retreats for young people and adults, art therapy, spiritual guidance.

Four years later, in September 1924, the FMA settled in what became the Mother House of the FMA in Ireland. The opening mass was on December 8, 1924.

Mother Yvonne Reungoat, in conclusion, expressed her thanks for the mission that the FMA are carrying out in Ireland.

As a last appointment, the Provincial Assembly was held on February 29 at the “La Salle” Center in Castletown. The Provincial, Sister Bridget O’Connell welcomed the FMA present and Mother Yvonne shared some reflections on her visit. The heart of her message was: “to have hope because the future begins today.”

On March 1st, Mother concluded the Visit and returned to Rome.

A new house for St. John Bosco Community in Myanmar