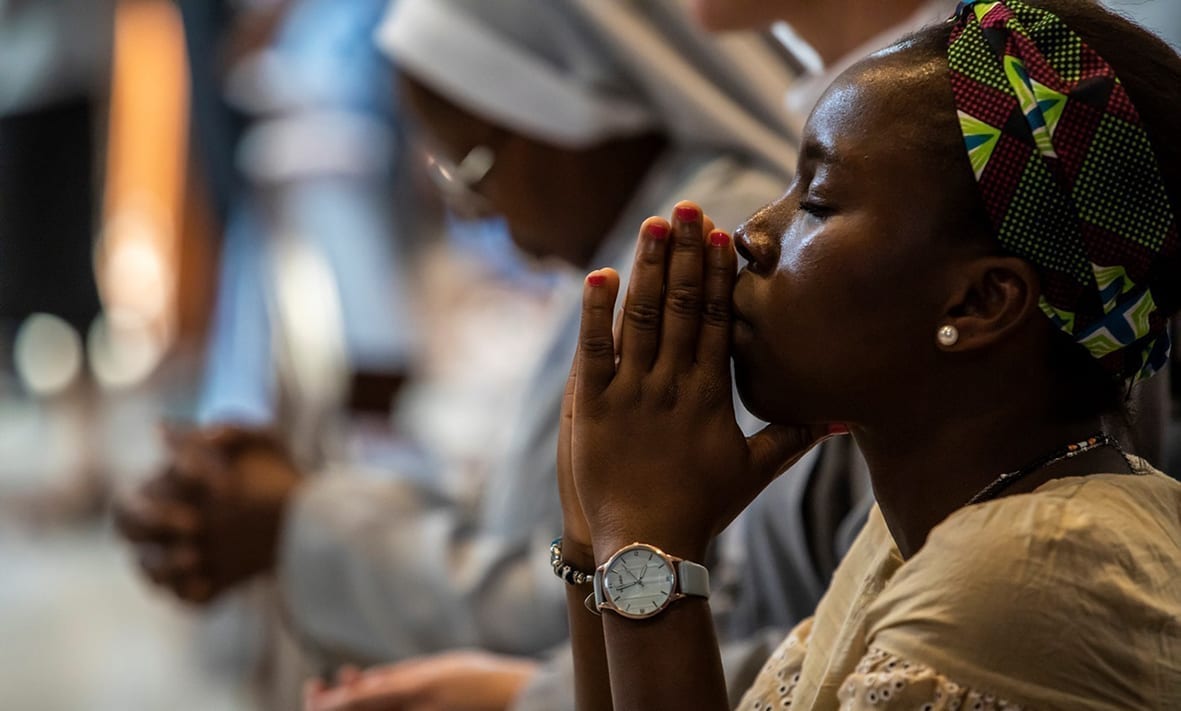 Rome (Italy). On 8 February 2020, on the Liturgical memorial of St. Josephine Bakhita, the VI World Day of Prayer and Reflection Against Human Trafficking (GMTP) is celebrated.

The first edition was in 2015, through the will of Pope Francis who, in response to the requests of religious involved for many years against trafficking, encouraged the International Union of Superiors General (UISG e USG) to promote it:  “I encourage those who are committed to helping men, women, and children enslaved, exploited, abused as tools of work or pleasure, and often tortured and mutilated. I hope that those who have government responsibilities will make a determined effort to remove the causes of this shameful plague, a plague unworthy of a civilized society. Each of us feels committed to being the voice of these our brothers and sisters, humiliated in their dignity” (Pope Francis – Angelus February 8, 2015).

The ecclesial and civil communities are challenged by this slavery of the third millennium that is present everywhere in the world.  It puts at risk the life and future of girls and boys, young people, women and men.  On the 8th and 9th of February, there will be various initiatives in different Countries of the world: times of reflection and of prayer, awareness marches, silent events, concerts, encounters.

On the evening of 8 February 2020, at St. Anthony of Padua Basilica in the Lateran in Rome, the ecclesial community will live the Prayer and Reflection Vigil entitled Together against Human Trafficking, prepared by ecclesial and civil coordination that works to sensitize and raise awareness about this sad phenomena of human trafficking.  The Vigil will be presided by Cardinal Michael Czerny, Under Secretary of the Migrants and Refugees Sector.

On the morning of 9 February 2020, there will be a march of sensitization in Rome that will leave from Castel Sant’Angelo and end at St. Peter’s Square with participation in the Angelus prayer with Pope Francis.

This year the Day takes on a special touch: the International Network of Consecrated Life against Human Trafficking Talitha Kum of the International Union of Superiors General (UISG), celebrated ten years of life a few months ago. Talitha Kum is an expression of the Gospel of Mark (Mk 5:41) which translated from Aramaic means: “girl, I tell you, get up” and is addressed by Jesus to the daughter of Jairus, a twelve year old girl who lay lifeless. After saying these words, Jesus took her by the hand and she immediately got up and started walking.

Talitha Kum is a network that promotes initiatives against human trafficking in different contexts and cultures. Currently it is present in 77 countries on five continents: 13 in Africa, 13 in Asia, 17 in America, 31 in Europe, 2 in Oceania. In the 34 countries where national networks are not yet established, there are groups or contact persons. It involves more than two thousand religious and lay collaborators, since in order to combat trafficking, it is necessary to collaborate with various organizations at different levels.

In 2019, Talitha Kum helped over 16,000 survivors and involved around 250,000 people in activities of prevention of human trafficking.

The world coordinator of Talitha Kum, Sr. Gabriella Bottani, a Combonian missionary, said, “We perceive the challenge of network sustainability: qualified human resources are needed to face such a vast and intricate situation, and resources of loving creativity to implement liberating processes and initiatives in the area of ​​reception, prevention, and formation.”

An appeal for many women, consecrated and lay, for the Daughters of Mary Help of Christians, Educators of young people, and of the Educating Communities of the FMA Institute in the World: joint educational, pastoral, and social work is possible to mend the lives of many young people and women, victims of this trafficking, which still affects many countries in the world in different ways. We need responsibility and the ability to weave with tenderness and mercy networks of solidarity to mend wounded life, prevention activities, and educational programs for social reintegration.

The Daughters of Mary Help of Christians in many parts of the world collaborate, networked with other Associations to defend and generate life.  They are present in the Countries of the departure, transition, and arrival of the victims.  The FMA Institute supports the effort of sensitizing, promoting respect for Human Rights, creating greater awareness of the phenomena, and reflecting on global situations of violence and injustice that strikes girls and women.

The various initiatives that are carried out in the whole world can be shared on social media through the hashtag #insiemecontrolatratta and  #PrayAgainstTrafficking.

43rd Session of the Human Rights Council of the United Nations