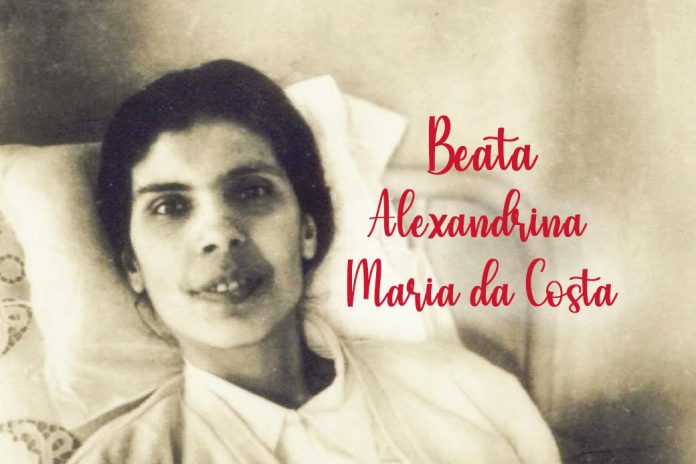 Balasar (Portugal). On 13 October 2021, on the day of her birth into heaven, the Salesian Family celebrates the liturgical memorial of Alexandrina Maria da Costa, Portuguese Salesian Cooperator, declared Blessed by Pope John Paul II on 25 April 2004.

Alexandrina was born on 30 March 1904, in Balasar, in the province of Oporto. At the age of 14, making a gesture of courage in front of those who try to attack her, she jumps from the window of the house. The consequences of her fall led her to total paralysis five years later, which forced her to stay still in bed for over 30 years.

She asks for the grace of healing, but Our Lady gives her the strength to accept and embrace suffering for the salvation of souls. She said, “I have no other desire than to give glory to God and save souls.”

She lives an intense mystical life, in continuous union with Jesus present in the Tabernacles of the whole world. Her mission was, in fact, to be like the lamp of the Tabernacle, to keep company to Jesus in the Eucharist. She was a true Eucharistic soul; from 27 March 1942 onwards, she ceases to nourish herself, living only on the Eucharist. In the last years of her life, many people attracted by her reputation for holiness, visit her and attribute their conversion to her advice.

Since 1944, Alexandrina’s spiritual director is Fr. Umberto Pasquale, a Salesian of Don Bosco who, noting her spiritual heights, encourages her to continue dictating her diary. In that year, she becomes a Salesian Cooperator and she asks the membership certificate to be placed “where she can always have it under her eyes.” “I feel united with the Salesians and Cooperators from all over the world. How many times I look at my membership certificate and offer my sufferings, united with all of them, for the salvation of young people!”. 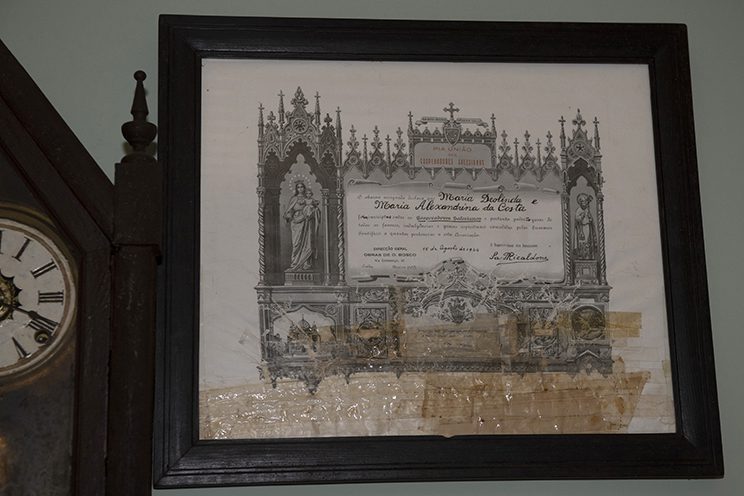 On 13 October 1955, the day in which the last apparition of Our Lady to the three Little Shepherds in Fátima (1917) is remembered in Portugal, and the feast of Our Lady of the Rosary is celebrated, Alexandrina Maria da Costa dies in Balasar, where she is buried facing the Tabernacle.

“Permeated and ardent with love, she does not want to deny anything to her Savior. With a strong will, she accepts everything to show Him that she loves Him. Following the example of Blessed Alexandrina, expressed in the three verbs ‘to suffer, to love, to atone’, Christians may find the stimulus and motivation to elevate all that life has that is painful and sad through the greatest proof of love, to sacrifice your life for those you love.”

May Blessed Alexandrina Maria da Costa intercede with God for the good fruits of the XXIV General Chapter now in progress of the Institute of the Daughters of Mary Help of Christians.

The beauty of a fulfilled life

Novena to Mary Help of Christians