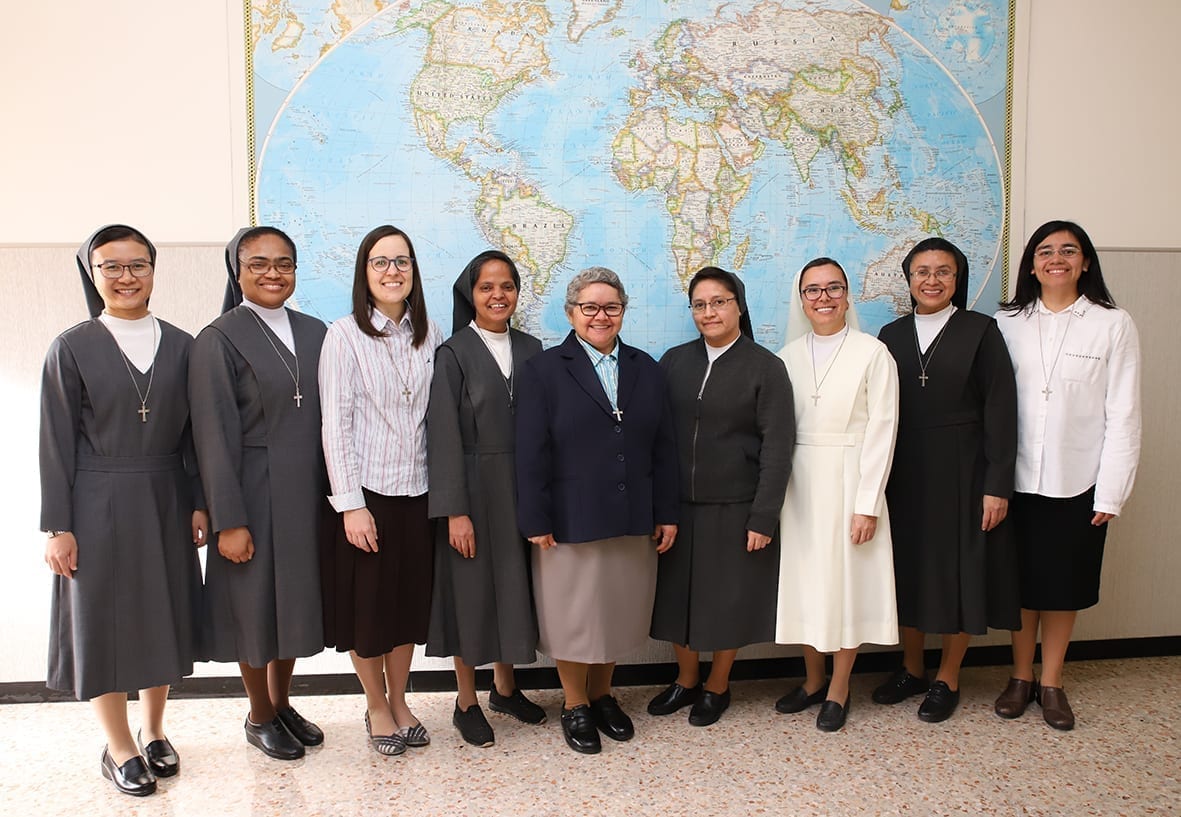 Rome (Italy) On 3 February 2020, the Mother General of the Daughters of Mary Help of Christians, Sr. Yvonne Reungoat, communicated the destination of the 10 FMA new-missionaries to the Generalate Community.

The new-missionaries who come from 10 Provinces and 3 Continents, knew of their destination at the end of a time of discernment and prayer, lived from 22 December 2019 to 2 February 2020 with the accompaniment of the Councilor for the Missions, Sr. Alaíde Deretti.

Before announcing the destination of the New Missionaries at her encounter with the community, Mother Yvonne said,

“Since the beginning of the Institute, the missionary dimension has been very strong because it is part of the proclamation of the Kingdom, part of the apostolic passion of the Da Mihi Animas Cetera Tolle, of the fire that the Spirit enkindled in the heart of Don Bosco and of Mother Mazzarello, ‘I entrust them to you’, of bringing the good news of the Kingdom, the Good News of the Gospel to the ends of the earth.  The missionary spirit is this breath of the Spirit within us that leads us to manifest, communicate the presence of the Lord.”

The destination of the new-missionaries:

Sr. Alaíde Deretti, while thanking each new-missionary for her generous yes and her Province of origin, took up the words of Mother Yvonne Reungoat in her Circular of Convocation of GCXXIV: The Missionary dimension is an essential element of the identity of the Institute (Cf. C 75), that is found again in the words of Pope Francis ‘I am a mission on this earth, this is the reason I am in this world,’ with the wish that we can all truly be ‘missionaries who generate life in the heart of contemporaneity’.”

The news of the Missionary Mandate in the year of General Chapter XXIV and in the Triennium of preparation for the 150th anniversary of the Foundation of the Institute, is an invitation for each FMA to make the missionary imprint that was given to us in heritage by Don Bosco grow in the light of the word, “Do whatever He tells you” (Jn. 2: 5) to bring Jesus to the young people of the world.

A time of grace and joy