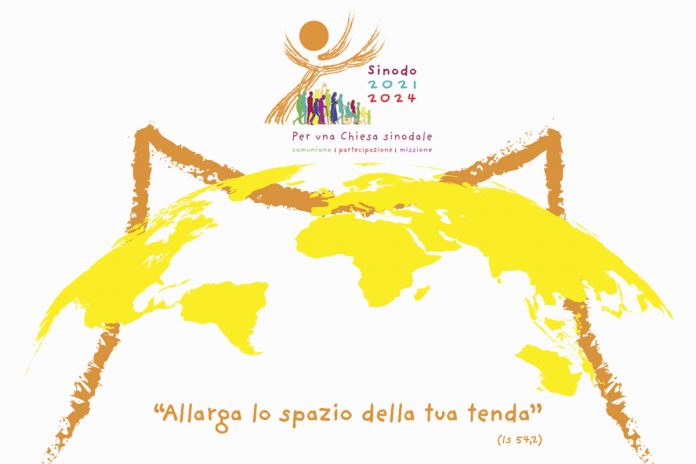 Rome (Italy). On 27 October 2022 in Rome, at the Press Office of the Holy See, the Press Conference for the presentation of the Document for the Continental Phase of the Synod on Synodality was held on the theme: “For a Synodal Church: Communion, Participation, and Mission”, fruit of the Syntheses resulting from the consultation of the People of God in the first phase of the synodal process, which will be at the center of the time of listening, dialogue, and discernment of the Continental Synodal Assemblies (January-March 2023).

“For all of us it was a surprise to hear how, despite the difference in sensitivity, the holy People of God converge in asking for a profound renewal of the Church”, said Cardinal Mario Grech, Secretary General of the General Secretariat of the Synod, specifying that the work of the group of experts does not report theoretical reflections on synodality, rather it takes up the voice of the Churches and that the whole synodal process is based on the principle of restitution.

In fact, in the logic of the synodal process, “which occurs through a continuous circularity of prophecy and discernment”, the Document is not sent only to the Presidents of the Continental Assemblies and to the Patriarchs of the Eastern Catholic Churches, but to all the Bishops of the local Churches, in order to restore to the People of God the fruits of the process initiated by the consultation in the local Churches.

The Document is the result of the elaboration of the syntheses of 112 out of 114 Episcopal Conferences and all 15 Eastern Catholic Churches, to which are added the reflections of 17 out of 23 Dicasteries of the Roman Curia, in addition to those of Religious Superiors (USG/UISG), of the Institutes of Consecrated Life and Societies of Apostolic Life, of Associations and Movements of lay faithful reached the Secretariat of the Synod, as well as more than a thousand contributions from individuals and groups, and the ideas collected through social media thanks to the initiative of the ‘Digital Synod’. In presenting the data, Cardinal Jean-Claude Hollerich, S.I., General Relator of the XVI Ordinary General Assembly of the Synod of Bishops, thanked for this initiative and with it the many influencers who involved young people, allowing a participation that, in the Introduction to the Document, it is defined as “exceeding all expectations”.

“Broaden the space of your tent!” (Is 54:2) is the biblical icon chosen for the synodal journey and commented on in the 2nd Chapter of the Document. Fr. Giacomo Costa, Consultor of the General Secretariat of the Synod, focuses on the tent as a “space for communion, a place for participation, and a basis for mission,” to indicate the “five generative nuclei of a missionary synodality, around which it is possible to gather the many dynamic tensions that emerged along the process”: listening as an openness to welcome starting from a desire for radical inclusion – no one excluded!; the impetus to go out towards the mission; the style that a synodal Church is called to adopt, based on the participation and co-responsibility of all the baptized; the concrete possibilities of living communion, participation, and mission, also guaranteed by the Church’s governance structures; the liturgy, in particular the Eucharistic one, “the engine of missionary dynamism and the place of formation of a missionary synodal community”.

The objective of the Synod, recalled Msgr. Piero Coda, Secretary General of the International Theological Commission, is not a sociological inquiry or a simple comparison of opinions, but “listening of the feeling in faith, with love and hope, of the People of God who live and read history with the eyes of the disciple.” By virtue of this, the process of synodality is also the resource, the method of this Synod and “what is reflected on is the experience that one is having, not only for oneself, but as a leaven and salt as far as the human family is called to live in this challenging and dramatic turning point in its history”.

On the Website synod.va can be found documents, resources, and news to continue following the synodal path.

“The Synod is not a survey; it is about listening to the protagonist, who is the Holy Spirit; it is about prayer. Without prayer there will be no synod. Let’s take advantage of this opportunity to be a Church of closeness, which is God’s style, closeness” (Pope Francis).

The culture of care as a path to peace

Pope Francis in Cyprus and Greece