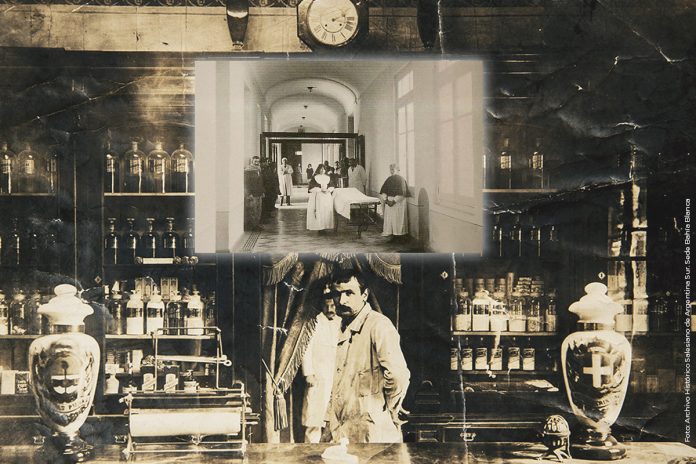 Rome (Italy). On 13 November 2022, the liturgical memorial of St. Artemides Zatti, a Salesian Brother, is celebrated.  He was canonized on 9 October 2022 at Rome in St. Peter’s Square.  For the occasion, Fr. Pierluigi Cameroni, Postulator General for the Causes of the Salesians of Don Bosco, shares the testimonies of the Saint’s collaboration with the Daughters of Mary Help of Christians in the mission of the San Josè hospital in Viedma, Argentina:

The relationship of St. Artemides Zatti with the Daughters of Mary Help of Christians is part of the great and heroic history of the Salesian missions in Argentina, the first frontier of Don Bosco’s apostolic heart, and in the history of the mission carried out by Zatti in Viedma for over 50 years at the service of the poor and the sick. 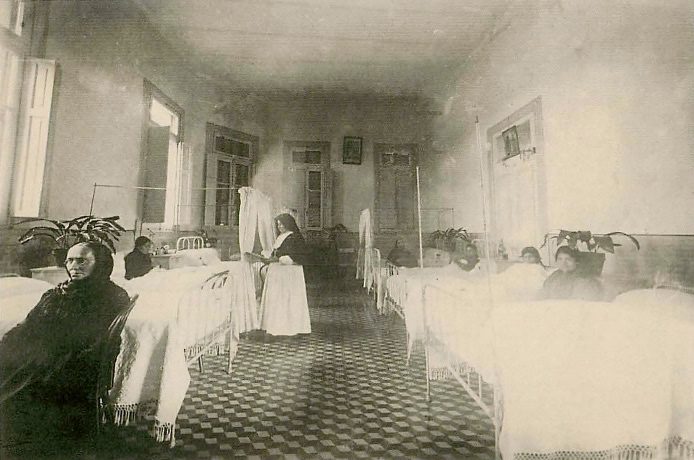 The Daughters of Mary Help of Christians had been working for the women’s section of the San José hospital in Viedma and for the kitchen since the time of Fr. Garrone: there were usually two. The sisters’ building was initially closely connected with the building of the Salesian house and therefore collaboration was easy. At the time of Zatti, the house of the Daughters of Mary Help of Christians had already been moved to another location, but the sisters continued their service in the women’s ward until the San José Hospital had to move to the Quinta San Isidro on the outskirts of the city. 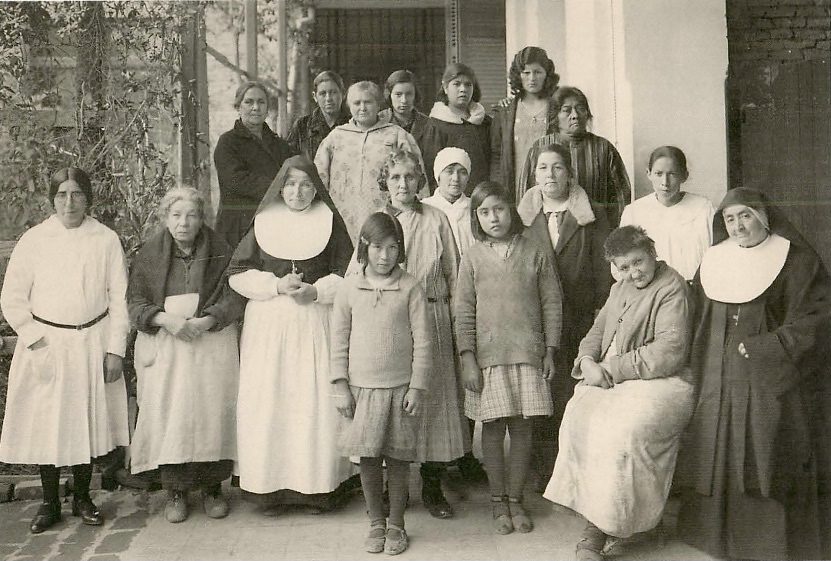 While providing the sisters, out of a clear need for prudence, their service to the women’s ward, Zatti had to provide for the entire organization and material needs of the entire hospital. Among the sisters who lent their work we remember Sr. Severina Teghille, who worked there from 1895 to 1940, and then Sr. Maria Grana and Sr. Maria Méndez. Sr. Severina was rather uncompromising, at times even with Zatti himself, while he treated people and business with a criterion of goodness. 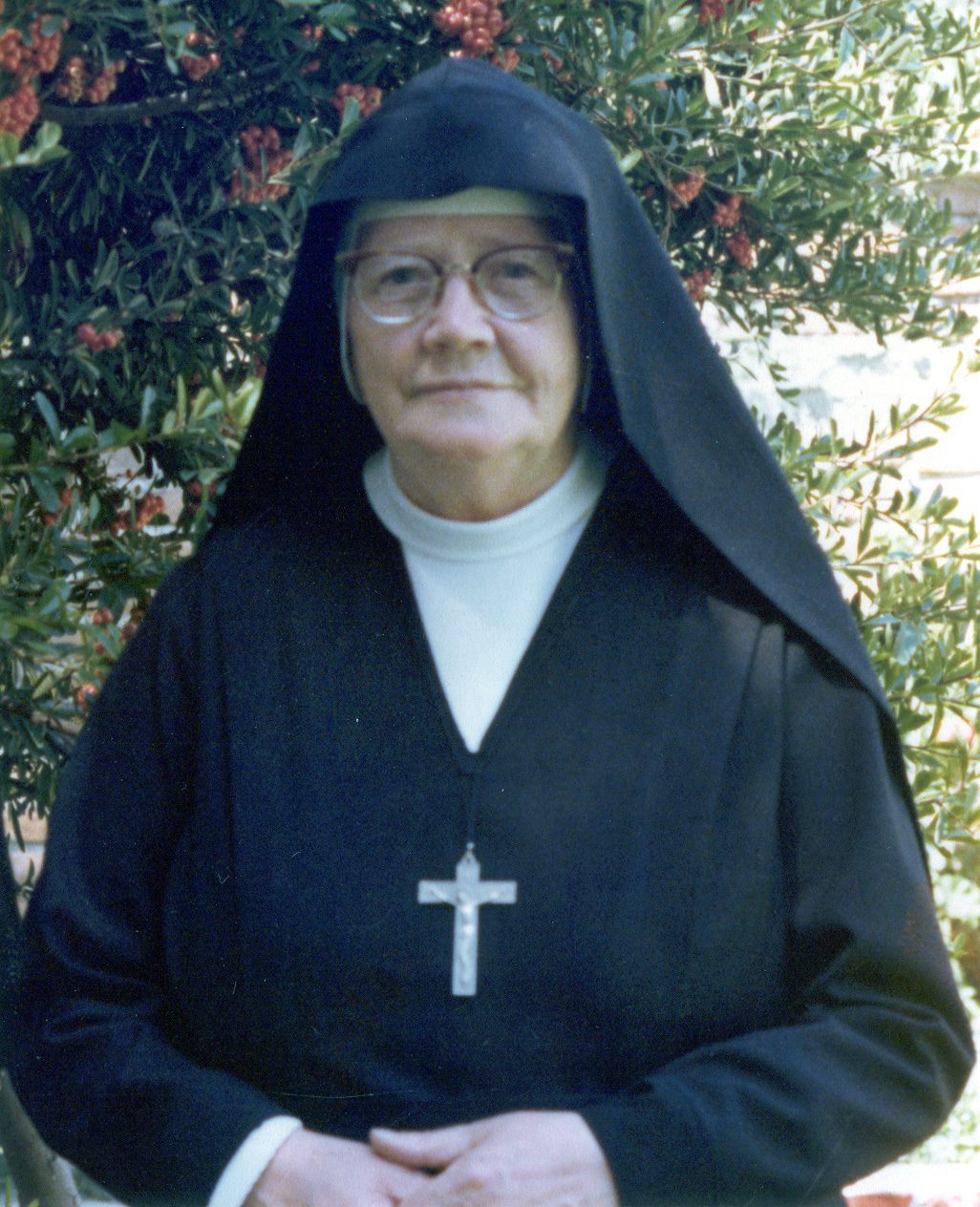 An exceptional witness of Zatti’s virtuous life and holiness is Sr. Antonieta Böhm, Daughter of Mary Help of Christians and today Servant of God, who was animator in Viedma from 1949 to 1955 and therefore met Zatti in the last years of his life. She speaks about him in her Memorias misioneras:

“In the hospital where the director was the Salesian Brother, Mr. Zatti, now Blessed, three sisters who belonged to my community worked there. It was a very poor hospital; after some years they made it the episcopal palace. How much did Mr. Zatti suffer from this! He had to go with the sick to a farm twenty blocks from his community. In the six years in which I was animator in this Province, I had many contacts with Mr. Zatti. They called him the Father Doctor, always dressed in a white coat and with his bicycle. Characteristic of him was his joy, his smile. He had a spirit like that of Mother Teresa of Calcutta, of holy memory. He took care of the poorest sick. Doctors sometimes called him to help them in the other hospital.

On one occasion, Mr. Zatti found a dying man in the square and put him on his shoulders, put him on a bicycle, and took him to the hospital. He said to the sister, “I need a bed for …”; the sister replied that there was no room, to which he said, “And in my bed?” So, she went and laid the dying man in his bed and he lay down on the ground. That night he helped him die a good death.

I used to call him to assist some sick, elderly sister. When he saw them, he sang a song to the Virgin and said to the sick sisters, “Now, now”. I didn’t see him giving any medicine and the little sisters very happily said, “Now I’m fine” … and died happy.

Mr. Zatti had a high, resonant voice. For his sick people, every Sunday he had a new praise ready. A brother played and he sang. His patients were in the chapel and he began the homage to the Virgin; he sang a beautiful praise. I walked about twenty blocks to listen to him; he sang magnificently and gave an eloquent testimony of Salesian holiness.

I had the good fortune to assist him when the holy oils were administered to him. He asked that all solemnity be given to this act. He asked the Father Director to wear the best surplice and stole, and have lighted candles. And around him were all the sick who could stand. And he gave the last catechesis, explaining the Sacrament of Extreme Unction to his patients. He told them, “So many times I have told you, now it’s my turn.” At that moment, a nurse came with an injection to calm the pain, as the doctor had prescribed, and Mr. Zatti told her, “Look, I can’t work, the pain is mine, I don’t give it to anyone.  Please go with your syringe and tell the doctor to take it.” He serenely participated in the Anointing of the Sick and explained to them what each act meant. He explained how one must prepare to receive this sacrament.

As a young man, Mr. Zatti wanted to be a Salesian but he was very sick, he had sick lungs. Then the hospital director at that moment called Zatti before he died and told him, “I promise, I will cure you, but you promise that you will go to work at the hospital.” So, it was. Mr. Zatti’s love for Our Lady and her joy were very strong. He didn’t complain about anyone or anything. I never saw him sad.”

Zatti had a niece, Maria Zatti, FMA. One day in Bahía Blanca towards the end of the holy coadjutor, Maria Zatti met her uncle and convinced of his holiness, she said to him, “Oh holy uncle, when you enter heaven, I will hide in one of your pockets …” “And I will do like the eagle, answered her Uncle Artemis, when the turtle wanted to climb up by clinging to her, he dropped her and she crashed to the ground”. And she laughed heartily. Then more seriously he added, “You will enter Heaven, yes, not by the works of your relative, but by yours.”

What a great truth: the saints are our models and powerful intercessors, but they do not take the place of our responsibility and our path of holiness.

One month after the great feast for the canonization of Artemide Zatti, the Salesian Info Agency ANS prepared a video summary of what took place in the Vatican on 8 and 9 October 2022, together with Pope Francis, the Rector Major, and the whole Salesian Family: