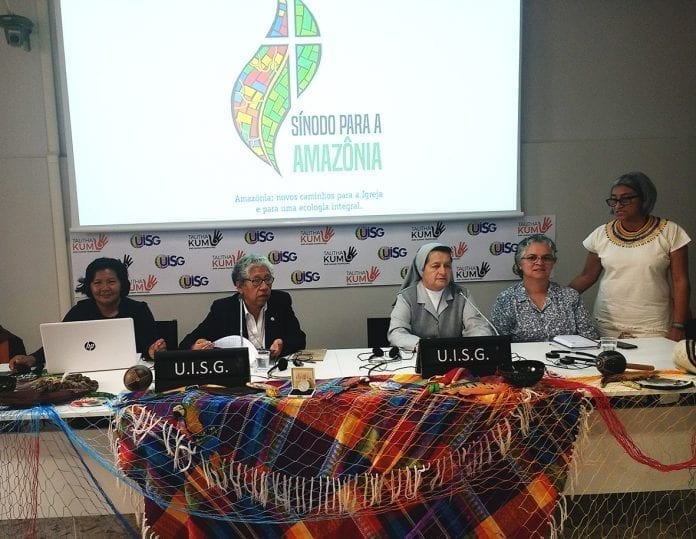 Rome (Italy). A meeting took place on October 28, 2019 at the seat of UISG – International Union of General Superiors – with the Religious who had participated in the Pan-Amazon Synod.

The theme of the meeting was: “The voice of the Religious – New Paths for evangelization and for an integral ecology.” 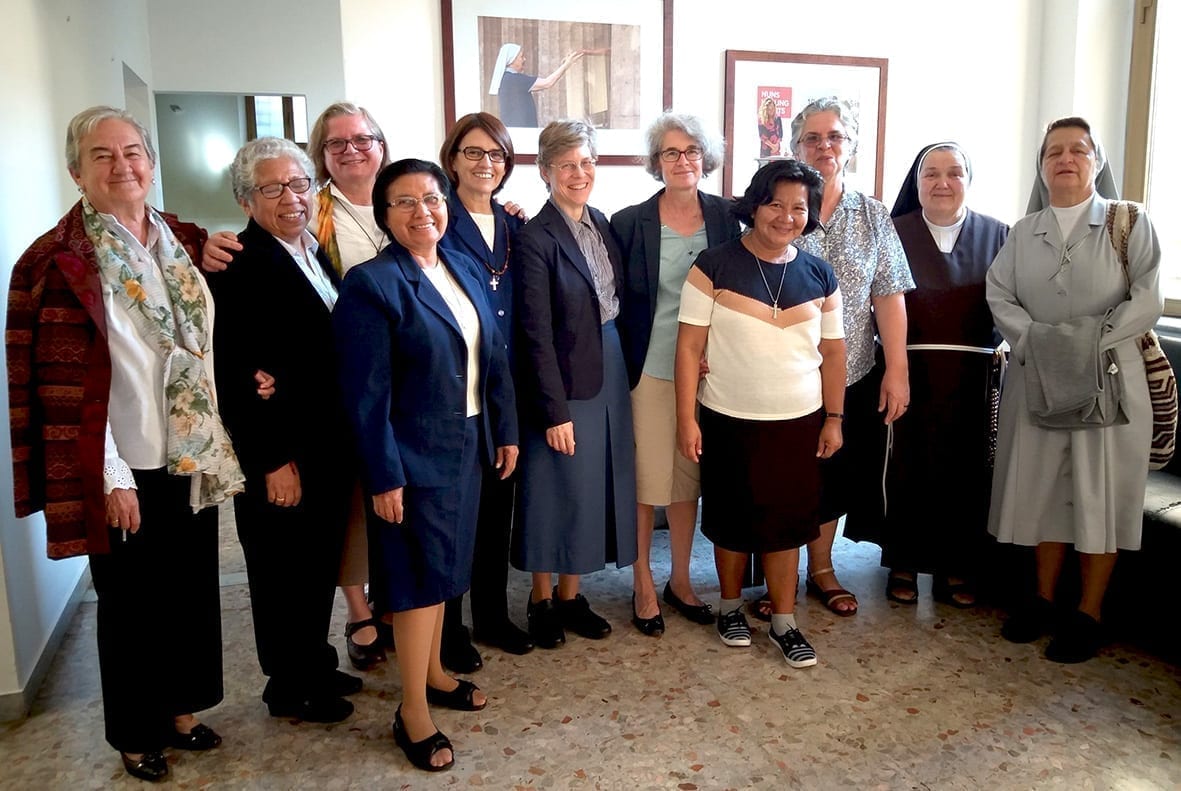 Sr. Carmelita Conceição and Sr. Mariluce Mesquita, Daughters of Mary Help of Christians, were among the 10 sisters present at the Synod.  Four Religious brought their testimony, sharing experiences connected to this event.  The room in which the meeting took place was crowded with women religious, some male religious, and lay people. Sr. Piera Cavaglià, FMA Secretary General and other FMA also participated.

The Synod is ended.  What are the fruits and the challenges it brings to the Church and to religious life in the world?

The Sisters expressed a strong sense of gratitude also for their welcome on the part of the various religious Congregations and they highlighted the theme of life at the center of the Synod, according to the methodology of seeing and listening beginning from reality (GS 1-10).  The attitude of listening is an integral part of the synodality of the Church on a missionary journey that dialogues and listens to everyone.  In fact, there were over 87,000 people listened to.

These are some of the fruits of the Synod: first of all the Synod brought the Amazon to Rome. The Amazon, which was initially considered almost as a background image, showed its value as a theological place, a place where God manifests Himself. It regards different peoples with great human, cultural, and spiritual riches, with an age-old, ancestral wisdom to be valued.

The presence of the indigenous peoples who taught much, and the presence of women and women religious, who spoke with propriety and with authority, proved invaluable during these days.

In addition, a prayerful atmosphere was breathed, even on the part of all those who supported the Synod from the outside. The presence of the Spirit brought a breath of newness, of conversion, in addition to an environment of dialogue, trust, and responsibility regarding the Common Home, thanks to the sensitivity and the closeness of Pope Francis who was a true listener.

The Synod asks for ecological conversion, as Pope Francis had already requested in Laudato Si’, and vigorously emphasized the need to place ourselves alongside the Amazon people, to take small steps, to give dignity to people, to listen to them, because there are inhuman situation that must be changed.

Instead, some of the challenges that emerged are relative to the preoccupation to support a long-term process and to articulate it so that it may bring stable results, according to a critical approach to reality.

All those present were unanimous in affirming that it was a unique Synod because it confronted a universal theme, integral ecology.  It was an important Synod due to the theme that summarizes the teaching of Pope Francis.  It was a conflictual Synod because it is critical of financial, economic, and political organizations that exploit and destroy the Amazon.

The defense of indigenous peoples, the Amazon rite, the new ministries, the diaconate of women, inculturation, and integral ecology are some of the themes that were approved by the Amazon Synod Assembly.

World Day of Prayer for Vocations

An ethical and pedagogical challenge