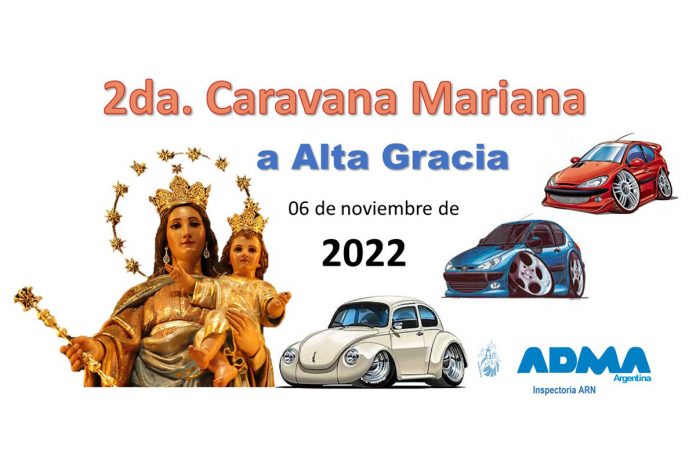 The initiative, in its second edition,  the first was in 2014,  began with the Eucharistic Celebration presided over by the Director, Fr. Claudio González, SDB.

Two SDB Post-novices then showed the 40 participants a video, through which they were able to relive the moments of the canonization of Artemide Zatti, followed by a moment of mutual knowledge and testimony on the help and protection of Mary Help of Christians in the life of each.

Even the conviviality of lunch strengthened fraternity and the mutual exchange of experiences lived with the Association, such as the International Congress of Mary Help of Christians in Buenos Aires, Argentina in 2019, among others.

In the afternoon, the caravan of cars to the Grotto and Sanctuary of Our Lady of Lourdes in Alta Gracia set off. There the participants visited the Chapel and participated in the prayer of the Holy Rosary, together with the parishioners.

The Chapel of Alta Gracia is much visited by the faithful for a particular miraculous event. It was built and blessed in 1927 and the statue of the Virgin of Lourdes was at the center of the altarpiece. In mid-2011, the statue was removed from its niche for restoration and the statue stood at the foot of the vacant niche. One of the priests of the sanctuary was about to close the Chapel and from the door he saw a luminous shape in the place where the statue had originally been placed. The shape that follows the image of the Madonna is still there today, brighter than in the beginning.

After having lived an intense Marian day in fraternity, the group returned to the Caravan, each one to their own home, with their hearts touched by the Mother. The ADMA ARN Argentina Norte group promotes meetings like these, which nourish the spirit of belonging to the great family of ADMA and Don Bosco and, when distances do not allow it, encourages the Provinces to hold these local meetings.

Visit of Mother Yvonne in Paraguay

Celebrating with Mary Help of Christians