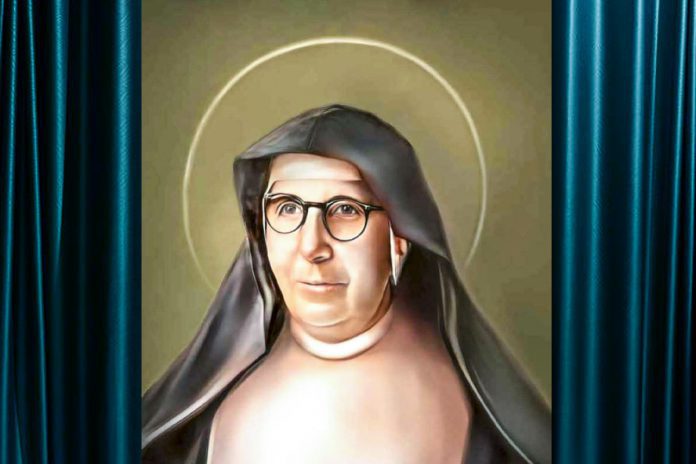 Rome (Italy). November 24, 2022 marks the 10th anniversary of the Beatification of Sr. Maria Troncatti (February 16, 1883 – August 25, 1969), Daughter of Mary Help of Christians missionary in Ecuador, the only victim of an airplane crash, after having offered her life for the pacification between Shuar and settlers.

Ten years after the Beatification, the story of the healing that was recognized as a ‘miracle’ is testimony to the goodness of God and the power of intercession.

On 24 November  2012, in Macas, Ecuador, the Venerable Servant of God Sister Maria Troncatti was declared Blessed. The miraculous healing for her Beatification took place in the Diocese of Portovieio, Province of Manabí, Ecuador, to Mrs. Josefa Yolanda Solórzano Pisco.

In April 2002, she began to feel signs of malaise which were treated as an ordinary flu illness. However, the state of malaise became more and more accentuated, and in a few days she found herself in a general state of prostration with headaches, abdominal pains, widespread pallor, inappetence, vomiting. Mrs. Yolanda was stricken with a severe form of malaria. In the following days she manifested further problems to the point of entering a state of coma. On 8 May  2002, her relatives asked for her release from the hospital so that she could die at home, accompanied by the affection of relatives and friends. Everything was ready for her imminent funeral.

On the same day, the Salesian of Don Bosco, Fr. Edgar Ivàn Segarra Sànchez was called to administer the sacrament of the sick to her. The following day, the priest also presided over the sacrament of marriage, because Yolanda had expressed her last desire to regularize her marriage union before the Church. Once the rite was over, he began to speak of the Servant of God Maria Troncatti, inviting those present to pray to her for Yolanda’s recovery.

At first light on 10 May  2002, everyone noticed that the patient was starting to recover. The convalescence could now be said to have begun. As Mrs. Yolanda regained consciousness; she was able to feed herself, the various physiological functions normalized; she was able to breathe and the widespread joint pains subsided.

Those who saw her again after some time affirmed with admiration that she had returned to life after death, thanks to the intercession of Sister Maria Troncatti. Through the Congregation for the Causes of Saints, the miracle was later recognized as an inexplicable healing from “severe Plasmodium falciparum malaria with multi-organ failure”.

Remembering that the miracle is the sign of the presence of God who intervenes on our behalf, let us approach His Paternity with trust and total abandonment, and ask the Daughters of Mary Help of Christians on their way to the honors of the altar to intercede for us.