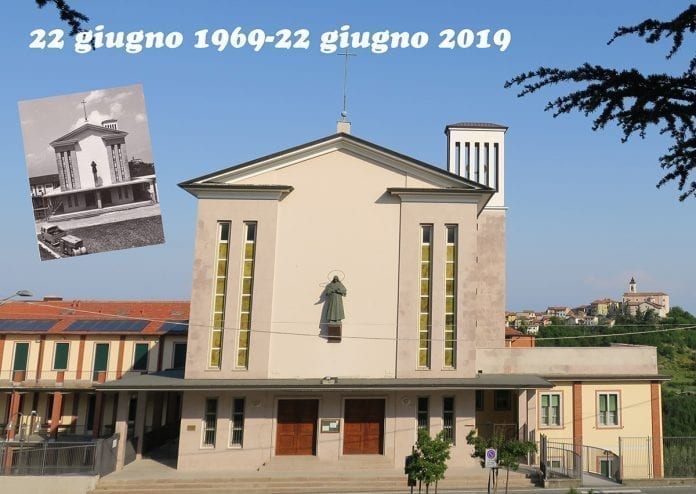 Mornese (Italy). 22 June 1969 – 22 June 2019: 50th Anniversary of the laying and blessing of the First Stone of the Sanctuary dedicated to Saint Mary Domenica Mazzarello in Mornese (AL).

We recall this remembrance in the words of Sister Speranza Pavanello, Animator, and of the sisters of Mary Help of Christians Community of the Mazzarelli in Mornese.

“We remember with gratitude the laying and the blessing of the first stone of the Sanctuary which – as the plaque on one side of the building states was ‘Taken from the Basilica of Mary Help of Christians in Turin, the cornerstone of this temple dedicated to St. Mary D. Mazzarello is a symbol of the unity of spirit and apostolate of all the FMA, a living monument of gratitude to the Madonna wanted by the Founder St. John Bosco’”.

The memory of this historical event becomes a spark to ignite in the communities a renewed awareness of our being “living stones of the monument of gratitude of Don Bosco for Mary Help of Christians”.

From the Chronicle of the community “Birthplace of St. Mary Mazzarello” of the Central Sacred Heart Province: 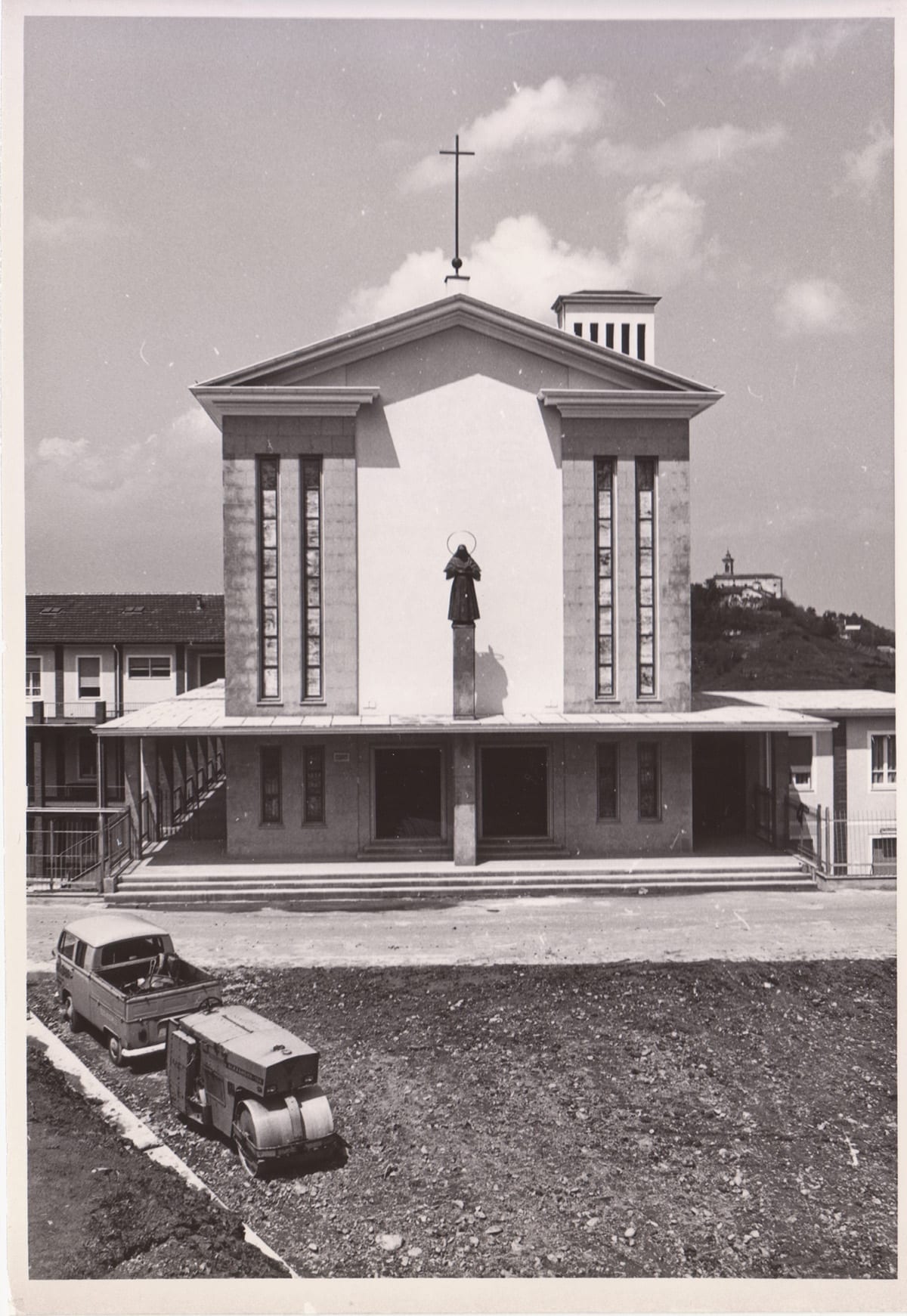 20 June 1969 From Turin comes the Most Reverend Mother Provincial who will remain during the whole time of the Exercises, arranging also for the celebrations on the occasion of the laying of the first stone of the Shrine of St. Mary Mazzarello.

21 June The first series of the Spiritual Exercises begins for the Sisters of the Central Province presided over by Reverend Mother Pierina Magnani and preached by Rev. Fr. Pietro Gallini and Fr. Guido Bosio.

At 4.45 pm, His Excellency Giuseppe Dell’Omo begins the Sacred Rite in the presence of the Venerated Mother and of the Mothers of the Council, of the president of the World Confederation of Past Pupils, Miss Ines Barone, of religious, civil, and military authorities, of numerous representatives of Sisters, past pupils, Oratorians, and the people of Mornese. During the ceremony, the wise ritual invocations recalled us to the thought of Christ, the cornerstone, the beginning and end of all foundation and completion of the Kingdom of the Father.

After the blessing, Monsignor Dell’Omo addressed his paternal word to those present, emphasizing above all the humility of our Saint and recalling that this virtue is essential for those who want to be an instrument in God’s hands of their own sanctification. As soon as the function ended, the buses and cars carried those present to the parish church of Mornese where the concelebration took place with the two Parish priests, Fr. Luigi Reverdito and Fr. Giuseppe Raineri. The homily was given by the Salesian Fr. Guido Borra who briefly recalled the life of our Saint. He gave admirable emphasis to her docility to God’s providential plan, to her penetration into the thought and spirit of the Holy Founder Don Bosco, to her fervent Eucharistic and Marian piety.

The joy that these memories, dear to the whole Institute, still radiate from this Shrine to reach every Daughter in the world; and above all, it is a call to revive the beauty of our vocation that sends us to bring our experience of filial affection for Mary into the Salesian Family and throughout the world, embodying “the joyful humility of the Magnificat” (C 4) to be like Her, ‘helpers’ among the most needy young people.

From the moment of the consecration, the Sanctuary was granted by the Sacred Apostolic Penitentiary of the Vatican the possibility of obtaining daily the PLENARY INDULGENCE, always following the norms indicated by the Church.

Over the years, the Sanctuary has been chosen twice by the Bishop of the Diocese of Acqui, to be a “JUBILEE DOOR” thus inviting all to open a path of ‘pastoral care” and of ‘Mercy’ not only for those staying at the house of spirituality, but also for occasional pilgrims coming from distant places who have made it their destination.

The testimony of those who affirm their experience of it as a place of peace, inviting to prayer and meditation, is a response to the commitment sustained through the care of the liturgy open to the public, to moments of prayer shared with the religious community, and to presence and receptive listening. 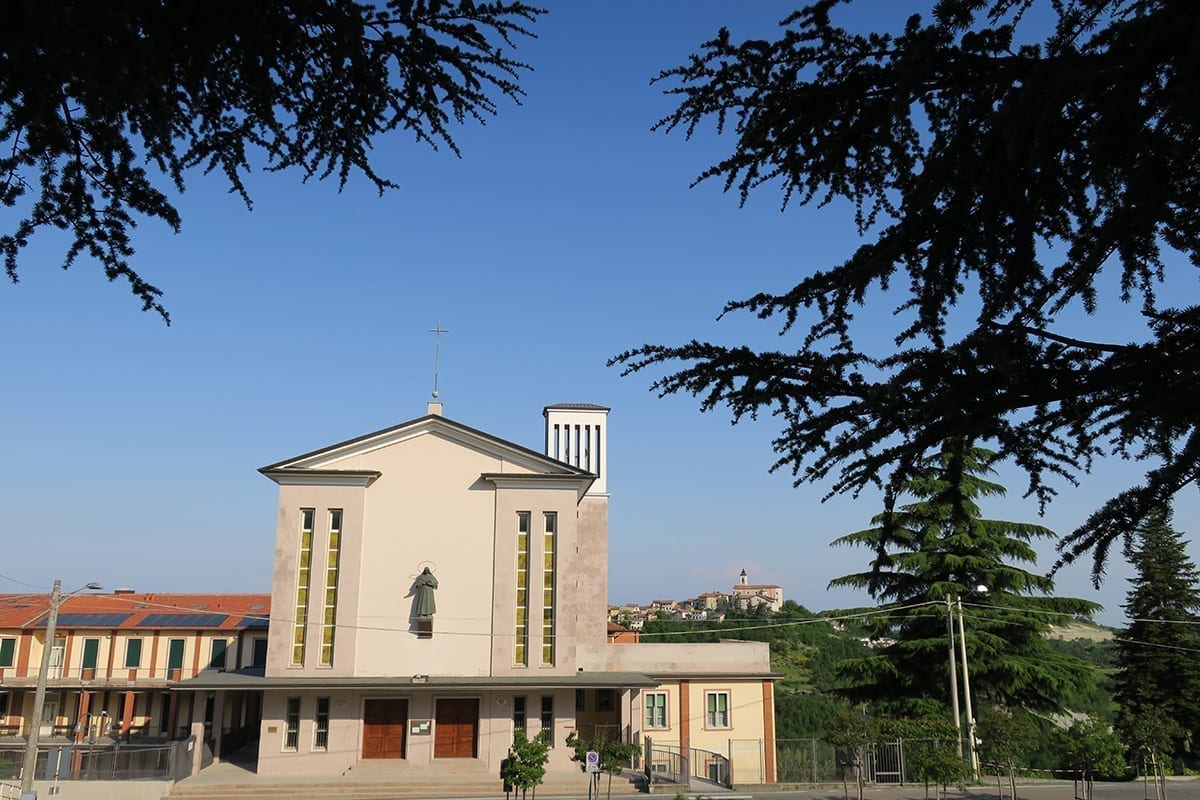 In memory of this event that historically happened fifty years ago, looking at the majestic simplicity of this Sanctuary strongly desired by those who preceded us, we hear the invitation to the FMA Institute to revive its gratitude to Mary Help of Christians and continue to make palpitate in our communities, the heart of Don Bosco and Mother Mazzarello.

100 years from the vocation of Blessed Eusebia Palomino