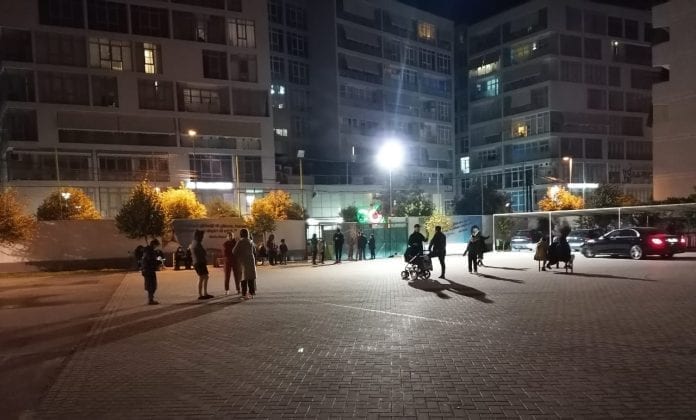 Tirana (Albania). At 4 am on November 26, 2019, a violent shock of magnitude 6.4 on the Richter scale struck Durazzo, Tirana, and Alessio. The quake was also felt in the rest of Albania and in the surrounding Balkan countries. People poured into the streets looking for open and safer places, despite the cold. At 7 am, another magnitude 5.6 earthquake shook the same cities again.

The inhabitants began to provide first aid near collapsed buildings. After two days, thanks to relief efforts mainly from Kosovo, Italy, Greece, and Turkey people still alive who were trapped in the rubble could be saved.

Over 2000 injured and 10,000 displaced (official). The schools seriously damaged between Durazzo and Alessio are 26, while in Tirana there are 23.

The three communities of Albania in Our Lady of Good Counsel Province (IMR) felt the strong tremors. The Community of Tale, closer to the epicenter, has not suffered damage and neither has the house of Scutari. The community of Tirana, composed of 4 Daughters of Mary Help of Christians and 9 female students, immediately opened the doors to welcome many people in the hall in search of a safe place or even just a word of comfort. The community hosted three families who stopped to spend the first night. The FMA, together with the young people, immediately made themselves useful by bringing blankets and food, but above all by being close to the families.

School activity has been suspended for several days in the different cities due to the damages suffered, but life has not yet returned to normal, pending reconnaissance and official permits.

Amid so much suffering and precariousness, the FMA communities continue to share hardships and concerns with the people, in the certainty that this is a favorable time for evangelization.

State of emergency in Chile