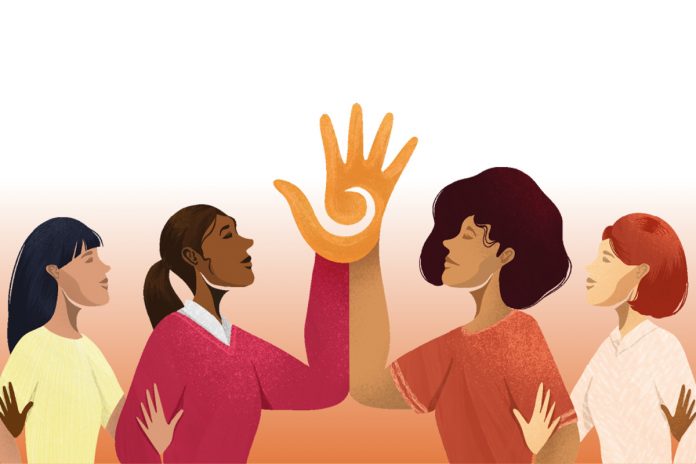 Rome (Italy). The International Day for the Elimination of Violence against Women is celebrated on 25 November 2022, established by the United Nations General Assembly through resolution number 54/134 of 17 December 1999, inviting governments, international organizations, and NGOs to organize activities to raise public awareness on the issue.

Since 1979, the UN General Assembly adopted the Convention on the Elimination of All Forms of Discrimination against Women (CEDAW) and since 1981, the World Day has been celebrated on November 25, honoring the three Mirabal sisters, political activists of the  Dominican Republic killed in 1960 by order of the Country’s dictator.

United Nations data show that 65% of victims of violence are girls and women of all ages. One in three young women experiences some kind of physical or sexual violence during her life, mostly caused by men close to her.

The Educating Communities of the Institute of the Daughters of Mary Help of Christians, by choosing to serve the life and future of the younger generations, qualify for the preferential option of the promotion and integral education of young women, operational criteria characterizing the educational mission of the FMA .

As Mary Domenica Mazzarello and the first FMA inaugurated “a style that values the gifts present in women, cultivates them in view of their formation and mission within society and the Church” (Guidelines for the Educational Mission of the FMA, 147) thus, in a network with many organizations, the FMA Institute continues, with creativity and concreteness, to protect, defend, promote, support, welcome, listen, educate, love the young women, so that they are “aware of their dignity, of their rights, of their role as educators of the family, and as promoters of a more human society in mutual relationship with men” (LOME 177).

The Youth Ministry Sector of the FMA Institute collaborates actively with the network of women religious who work against human trafficking Talitha Kum, operational in many countries of the world, which promotes a Call to action, a call-invitation to free girls and young women through education from the violence perpetrated on them, in particular trafficking.

The World Day for the Elimination of Violence against Women can be an opportunity to read and reflect on this “Call to Action” by Talitha Kum, addressed to women religious, the Catholic Church, religious leaders of other religious or spiritual traditions, non-believers, collaborators, and all people of good will who share the vision of a world free from human trafficking and exploitation.

In particular, this call to action seeks to reach global governance protagonists, including States, international organizations, non-state actors such as civil society groups, private sector organizations, and academic institutions, and all those who have a task to be carried out in the tireless effort towards the elimination of human trafficking and exploitation.