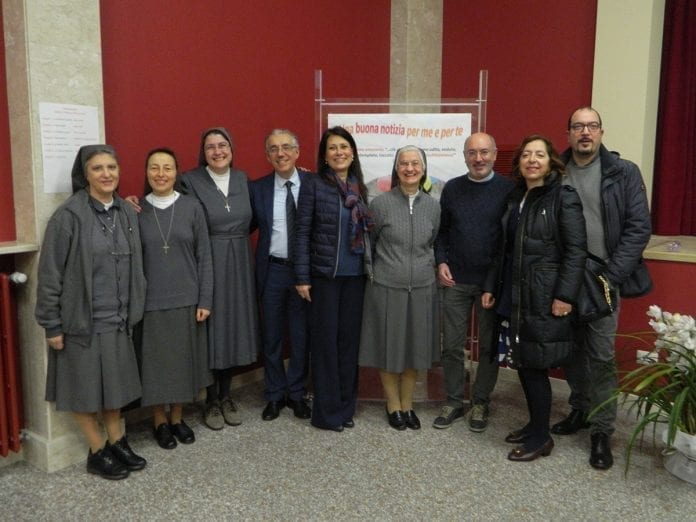 Rome (Italy). From February 2 to 3, 2019, at the Provincial House of St. John Bosco Province (IRO), the Youth Pastoral Convention on the Initial Proclamation was held, organized by the Provincial Pastoral Commission, in consultation with Fr. Ubaldo Montisci, SDB, Professor of Educational Theology at the Salesian Pontifical University (UPS).

The Daughters of Mary Help of Christians participated along with the laity and the youth who collaborate in the educational mission in various pastoral environments and who feel the urgency to awaken missionary zeal and the joy of proclaiming the Gospel, to deepen the theological and pastoral foundations of the Initial Proclamation, to get a closer look at some counter-proclamation modalities in order to elaborate an Initial Proclamation modality in a workshop.

The Conference responded to the need of the Province to renew its pastoral proposal and to commit itself to the Initial Proclamation according to the indications of the Church and of the Institute of the Daughters of Mary Help of Christians. 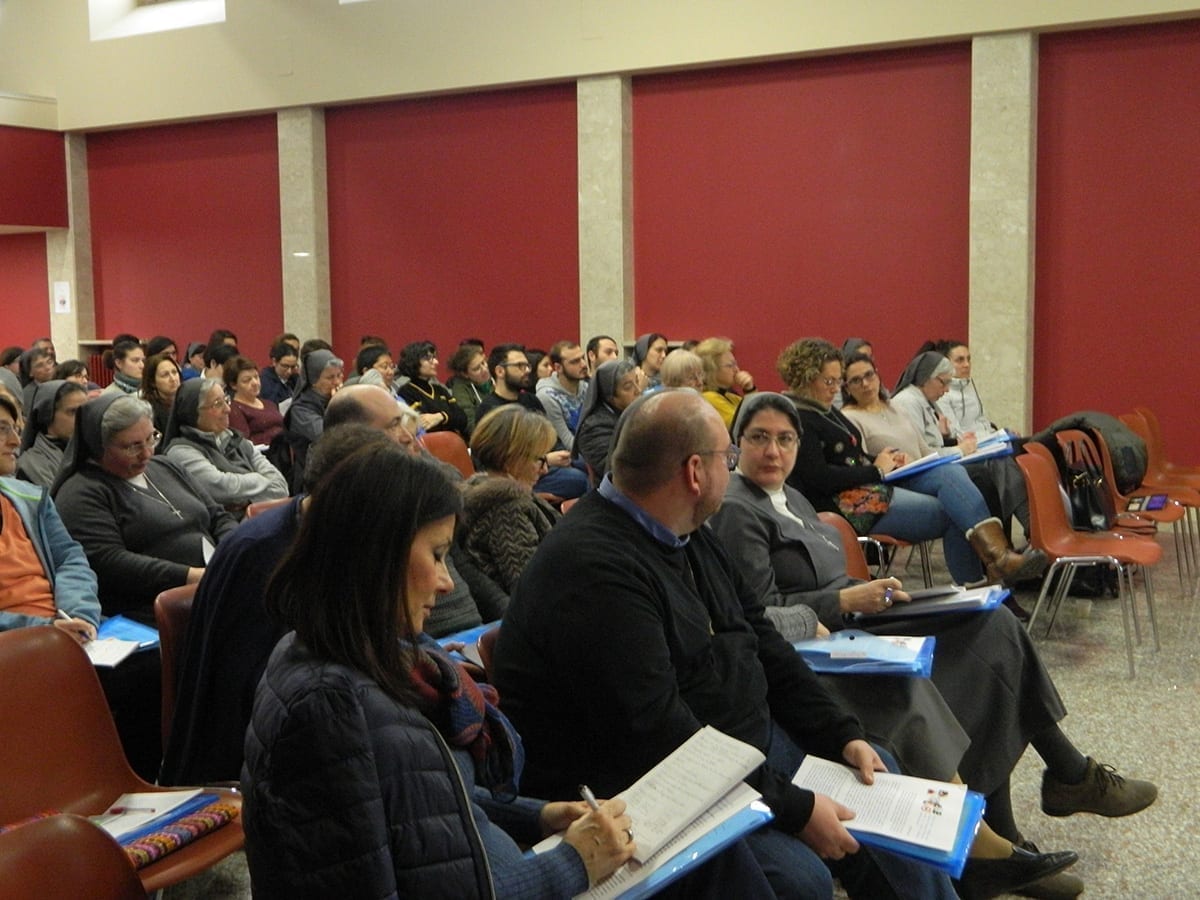 The Mother General, Sr. Yvonne Reungoat, on the occasion of the Convention on the Initial Proclamation in 2018, wrote:

“The Initial Proclamation is the fundamental step to awaken questions of meaning, to ignite in the hearts of those we meet the desire to know the reason for our joy so as to allow oneself to be transformed by Jesus. Hence the importance of transmitting with our whole life the “good news” that Christ Jesus is the Savior, and to witness that it is worthwhile to spend one’s life for Him, because this fills the heart with joy, and responds to the human need for self-fulfillment and fullness”.

The conference was divided into three moments. After the greeting of the Councilor for Youth Ministry of the Institute of the Daughters of Mary Help of Christians, Sister Runita Galve Borja, and of the Provincial, Sr. Angela Maria Maccioni, the EXPRESSION Phase was held in which the participants were involved in the formation process  through personal experience with regard to the topic dealt with.

Then followed the FONDATION Phase in which Fr. Ubaldo Montisci illustrated the main categories of the Initial Proclamation, clarifying the terms in relation to Evangelization, the mission, and  Catechesis; Fr. Andrea Lonardo, Director of the University Pastoral of Rome, addressed the theme of Kerygma in relation to today’s youth context.

There followed a celebration of the Word animated by Fr. Pinheiro Jourdan, Head of the Catechumenate Department of the Catechetical Office of CEI. The first day ended with the traditional “Good Night” by Sister Alaide Deretti, Councilor for the Missions of the Daughters of Mary Help of Christians.

On Sunday 3 February, after the Eucharistic celebration presided by the Provincial of ICC, Fr.  Stefano Aspetti, the FOUNDATION Phase was continued with a report by Fr. Ubaldo Montisci on the theme: The Initial Proclamation in Salesian Spirituality.

The participants were involved in a Workshop entitled “Media revolution and new educational challenges” with Prof. Marco Brusati, professor of “Event planning” at the University of Florence in the “Institutional Advertising” Master”, and director of the Hope Association. 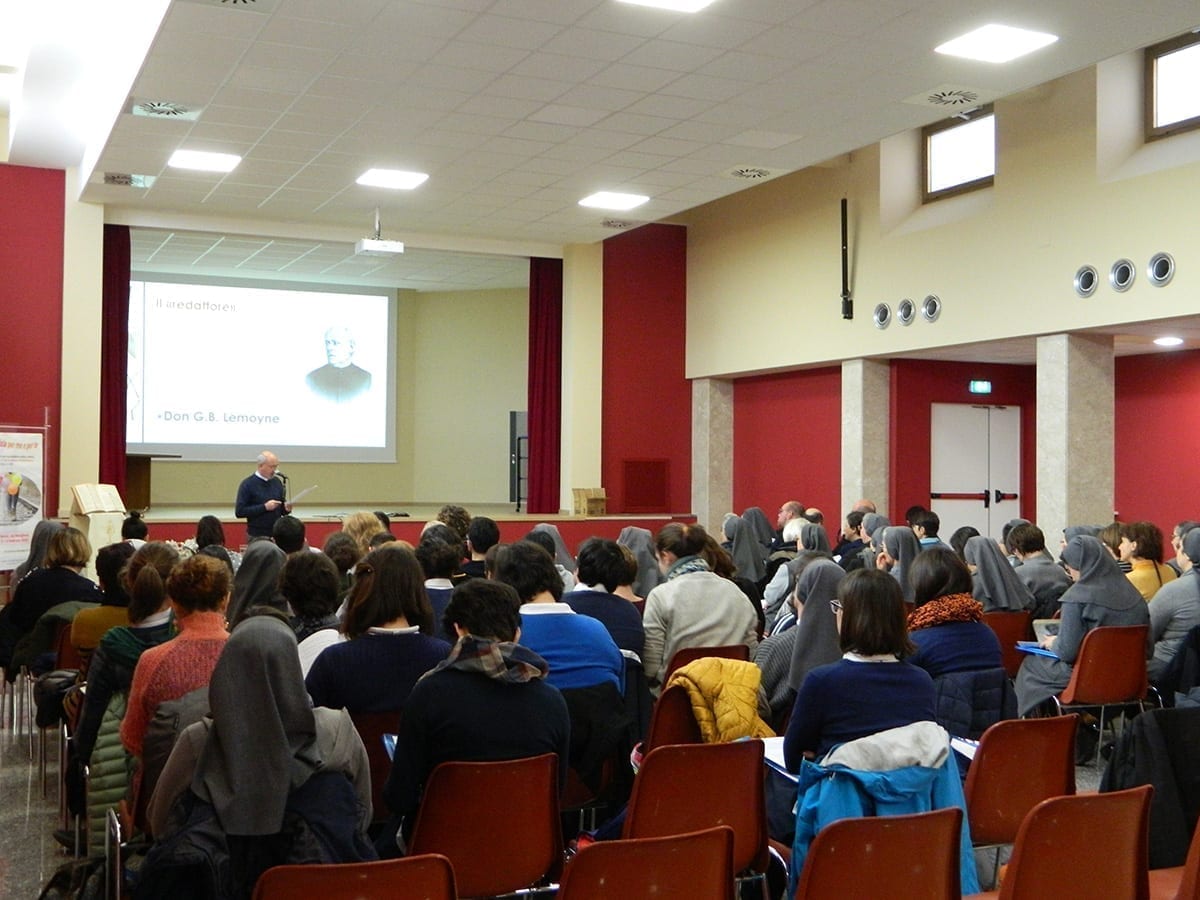 In the afternoon, the Methodology Phase and final personal synthesis took place in which four workshops were held:

The Conference ended with the final assembly in which the lived experience was re-read. The participants, over 90 coming from different environments of the Province, expressed appreciation and satisfaction.

“Educate for our common home”