She was born at Manerbio-Brescia in Italy, on  September 25, 1952, the first-born of a very united family composed of two sisters and two brothers.  From her family she inherited a strong taste for prayer, strength when making with daring choices, courage to face difficulties and suffering.  In fact when she was still young, she loses both her parents within 5 months of each other.

She entered the FMA Institute driven by a strong missionary ideal and the desire to give her life for others without holding back anything.  She made her first vows at Nizza Monferrato in 1974 and in her first years of religious life, she dedicated herself to teaching, assuming the coordination of the Primary School of Bologna, Mary Help of Christians. She is responsible for the young women in the Period of Assessment and Guidance and for some years, of the Oratory-Youth Center.

After a time of missionary preparation in Rome, in 1988 she is invited to the Isle of East Timor to open the first FMA mission there together with two other sisters.
There now begins for her a time of unconditional missionary dedication, of authentic pioneering, of great fatigue, faced with generosity.  It deals with beginning new foundations.
In 1989, supported by the sisters of the community, she opens the first local clinic, Mary Help of Christians, that offers assistance to the people of the town and of the surrounding villages.
After having become aware of how little importance is given to the young woman, she decides, with the help of the Salesians, to open a Three-year Professional School in 1994, to be able to guarantee work and the prospect of a better future for young women.

In 1999, Sr. Paola is called by obedience to found a new presence in Indonesia, in Jakarta the capital.  After having begun in August of 1999 her service of animation for the new community, she returns at the end of August to East Timor and this ‘providentially’ involves her in the war.  Together with the sisters and novices of the Dili community, they assist the local population, above all the women and children, providing first aid assistance.
At the end of the war, she returns to Jakarta, this dreamed  about opening at the time in which East Timor was still the Indonesian Province.  A new period begins for the recently erected Preprovince. In fact today, the FMA carry out their mission in two Nations: Timor and Indonesia.
In 2006, she returns to East Timor and collaborates with the Superior of the Preprovince to plan new future horizons for the youth reality of East Timor-Indonesia.

Over the course of the years, she assumes the responsibility as Animator in various houses, the one Responsible for the Formation Center, Councilor, and Vicar of the Preprovince.
In 2009, she succeeds Sr. Lourdes Pino Capote as the one Responsible for Mother Mazzarello Province TIN.  From 2010 to 2013, she takes on the service of Vice President of the Conference of Major Superiors of East Timor.

General Chapter XXIII gives her the mandate as Visiting Councilor.  When Mother asks her if she accepts, Sr. Paola responds: “Through the trust given by the Lord, by Mary Help of Christians, by all of you to this poor, little missionary, I say my ‘yes’.  In the year of the Bicentenary of Don Bosco’s birth, I refer especially to the dream Johnny had at nine years of age, when Jesus told him, “I will give you the Teacher”.  With His help, I will continue to give my entire self for the Kingdom of God”. 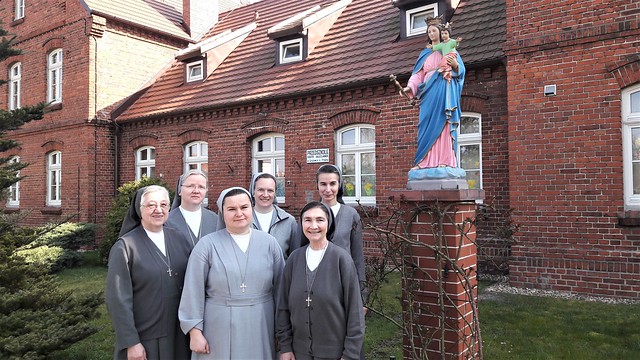