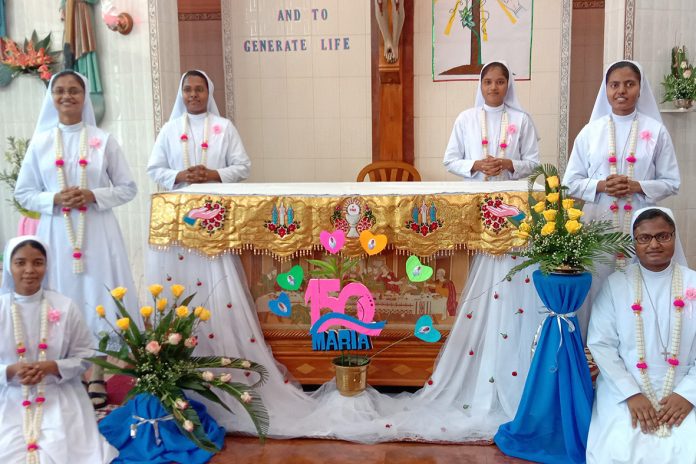 Calcutta (India). On 24 May 2022, in the year of the 150th anniversary of the Foundation, six young women from Mary Help of Christians Province of Calcutta (INC) made their First Religious Profession in the Institute of the Daughters of Mary Help of Christians in Ranchi, at the Chapel of the Community of St. Mary Domenica Mazzarello, with the motto “Chosen to love, serve, and generate life”.

The FMA of India also celebrate the 100th anniversary of the arrival of the first missionaries in India. In 1922, in fact, six missionaries arrived in India, and it is a coincidence that exactly six Sisters made their First Profession.

The Eucharistic celebration was presided over by Msgr. Felix Toppo, Jesuit, Archbishop of Ranchi, with other concelebrants. During the homily, he spoke of obedience to the Father of Jesus, who gave Himself to humanity, for the glory of the Father. He therefore invited the newly professed to give themselves joyfully to God to be the glory of the Church.

By proclaiming the formula of Religious Profession, the young women committed themselves, in response to the love of God the Father, to live the evangelical counsels according to the Constitutions of the FMA Institute.

The presence of parents and relatives, religious, friends, and Past Pupils of the newly professed multiplied the joy of the event. A festive time followed the Eucharistic celebration. 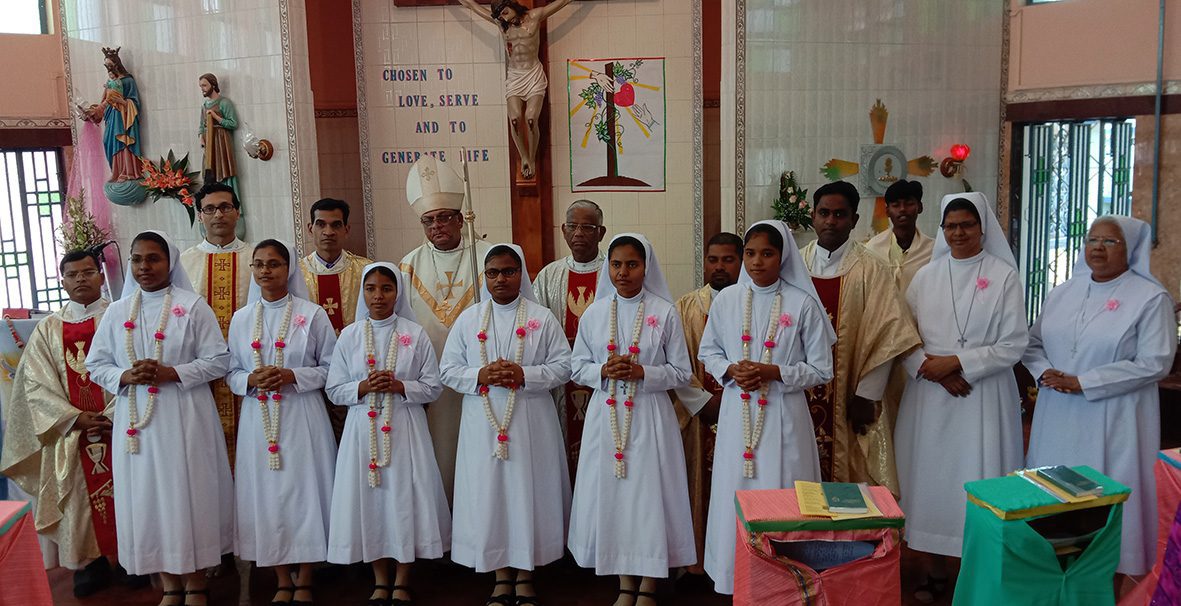 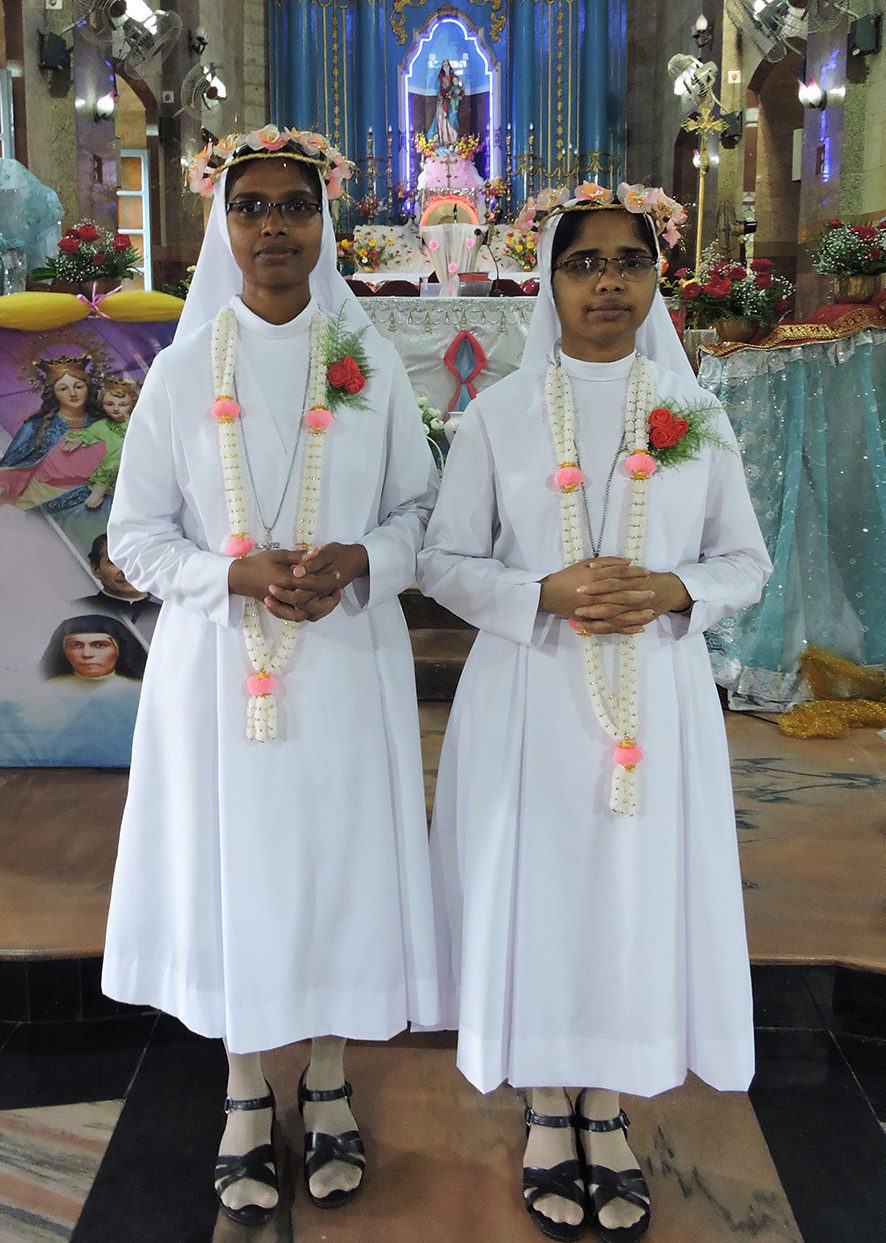 On 26 May 2022, at the Basilica of the Holy Rosary in Bandel, Calcutta, two FMA from the INK Province made their Perpetual Vows in the FMA Institute.

Msgr. Thomas D’Souza, Archbishop of Calcutta, presided over the Eucharistic celebration, concelebrated by other priests. The Archbishop began the homily by emphasizing the importance of the Synod on Synodality in progress and reminding the assembly that we are pilgrims, a family of communion traveling to the heavenly home. Referring to the readings chosen by the Neo-Perpetuals, he affirmed that the call to religious life is not received by one’s own merit, but by the love of God for each person, for the great compassion He has towards humanity. In the book of Jeremiah, the Lord promised His eternal love for humanity. Finally, he invited the FMA to be models for young women, following the example of Don Bosco and Mother Mazzarello, keeping in mind their own motto of Profession: “Called to love, sent to serve”.

After the Celebration, attended by the parents and relatives of the Perpetual Professed, FMA and religious, friends, Salesian Cooperators and students, followed the festivities. 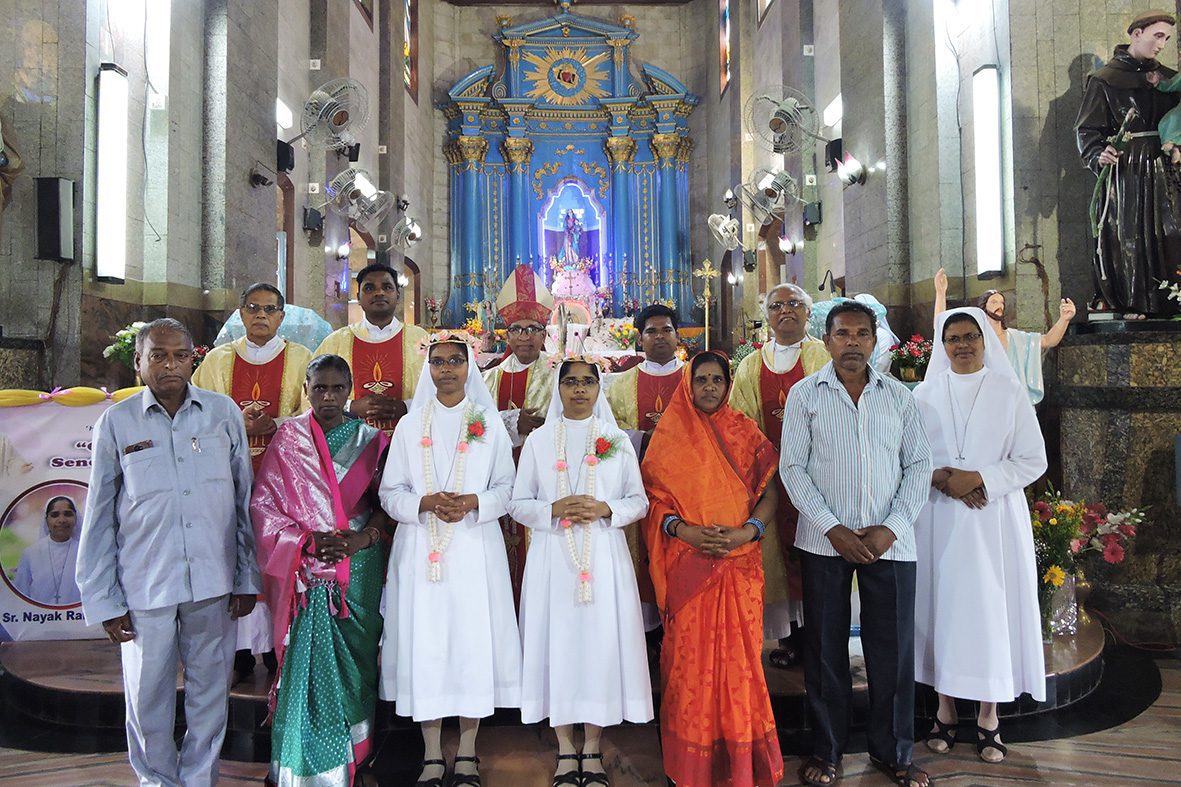 Entrance into the Postulancy – AFO

Holiness Also For You