She was born in Slovenia in 1958 and entered the Institute in 1977.  She lived her first year of Novitiate in Bled (Slovenia), the second year at Castelgandolfo (Italy). Sr. Marija Peče is from the Slovenian-Croatian Province of Holy Mary of Brezje (SLC).

After her First Profession in 1981, for two years she was in the community of Immaculate School Conegliano Veneto (Italia), where she lived a rich experience of community and apostolic life, working in the Oratory-Youth Center, and teaching Religion in the Middle School.
From 1983 to 1988, she studied in Rome at the Pontifical Faculty of the Science of Education ‘Auxilium’, obtaining a Degree in Educational Sciences with a Specialization in Psychology.

Upon her return to Slovenia in 1988, she was the Assistant of the Aspirants and Postulants, Psychology teacher in the Salesian High school, and Coordinator of the Provincial Team.  She then became the Animator of the Community and Provincial Councilor.  From 1999- 2005, she was the Provincial of the Slovenian-Croatian Province of Holy Mary of Brezje.  She was a member of the Conference of Religious KORUS and a member of the Archdiocesan Pastoral Council.

On October 28, 2008, during GC XXII, a telephone call from Mother Yvonne Reungoat reached her, communicating to her nomination as Visiting Councilor by the Chapter Assembly.  It was a task that she accepted with readiness and faith in the One who loves us and sends us.

During the six-year term 2008-2014, she visited the Provinces of BOL, VEN, CSM, PAR, ARO, ABB, ABA, CIL, ITV.  She was nominated by Mother as the Reference Person for the Interprovincial Conference CICSAL.
In her visits, she experiences the accompaniment of the Lord who ‘sends’ and the presence of Mary, her Mother and Teacher.  She re-discovers and admires the beauty and the power of the charism, alive and extremely meaningful in reality, loved and lived by the sisters, the young, and the laity.

The Chapter Assembly of GC XXII renews her service of animation and government for six years.  Sr. Marija Peče, in responding to Mother’s invitation, confirms her trust in Mary and her readiness to become like Her, a disciple of the Holy Spirit.

She accompanies the Interprovincial Conference CICSAL and visits the Provinces of BOL, URU, SSE, ABB, ABA, ARO.  She feels privileged to have known the lands of the first missionary expansion with so many fruits of holiness and apostolic fecundity.

Discover the seeds of the future – Encounter CIAO

Being in the heart of contemporaneity – ILO Discernment 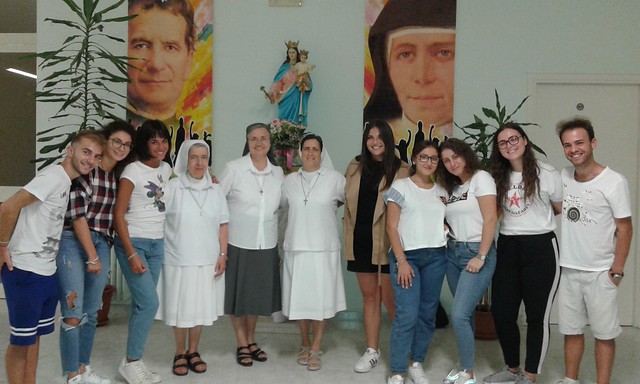