She was born at Montevideo (Uruguay) on March 6, 1963. She has a twin brother.  At the age of 10, she meets the FMA and receives her religious formation from them.  Enthused by the Salesian charism, she soon enters to be part of the Salesian Youth Movement and becomes an animator.  In this context, she becomes aware of the Lord’s call to follow Him more closely.  She makes her Frist Religious Profession at Villa Colón (Uruguay) on January 24, 1985.

She attends University and is a teacher for five years, a period in which she animates the school pastoral and works in the oratory. Particular attention is given to the promotion of poor women and she closely follows young people in difficult and at risk situations. She completes her preparation as a Formator and for ten years she accompanies the young people in the various stages of preparation for the Life of Consecration as Daughters of Mary Help of Christians: Aspirants, Postulants, and Temporary Professed.

Together with the sisters of the community, she animates the parish of St. Lawrence of Montevideo, which was entrusted to the FMA by the Archbishop and animated by them since 1973. In this period she was the Animator of the Community, was Responsible for the Direction of the Center for Non-formal Education, a member of the Council and of the Provincial Team and took care of the social works of the Salesian Family. She was the Provincial Vicar and since 2007, Provincial of  Immaculate Conception Province (URU), and President of the Interprovincial Conference of the Southern Cone of Latin America (CICSAL).

In 2008, she participated in General Council XXII for the first time.  She was elected by the Chapter Assembly as a Visiting Conciliar.  Sr. Silvia accepted the mandate and quoted the words of Mother Mazzarello, highlighting the courage that she gave to the sisters who were leaving precisely for the missions in Uruguay.

During General Chapter XXIII, she was asked to continue her mandate as Visiting Councilor for another six years and responded with readiness, entrusting herself to Mary.

Discover the seeds of the future – Encounter CIAO

Being in the heart of contemporaneity – ILO Discernment 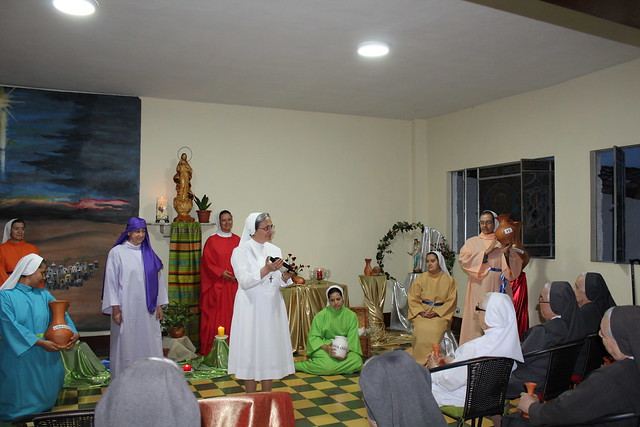