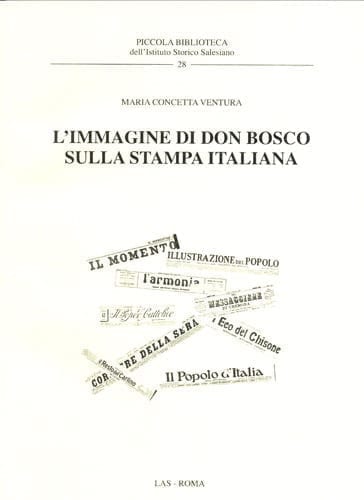 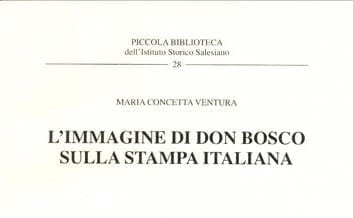 Rome (Italy). The book entitled, ‘The image of Don Bosco in the Italian press’, In the years 1888, 1929 and 1934, of the Little Library of the Salesian Historical Institute, was published by LAS.

The author, Maria Concetta Ventura, FMA addresses a topical issue, which is the image of Don Bosco mediated in the newspapers of the three-years particularly significant for his history: death, beatification, and canonization.

It offers a critical reflection on the different perceptions of the Saint that were present in the various editorial offices and in the evolution of Italy’s social and political situation.

The research, launched on the occasion of the 6th International Salesian History Conference, held in Turin from 28 October to 1 November 2015, at the end of the bicentennial year of the birth of Don Bosco, on the theme: Perception of the figure of Don Bosco outside the Salesian works from 1879 to 1965, as part of the ACSSA. It was then extended to other publications and was elaborated with methodological care and clarity of arguments.

The press had been interested in Don Bosco during his lifetime for the uniqueness of his work and his personality, but the most well-known articles belong to Salesian publicists, particularly benevolent and, at least for the oldest phases, almost unanimous in the choice of topics to be treated and ways to do it: the saint educator, in dialog with the Piedmont government, victim of attempts by those who opposed him, continually surrounded by the prodigious, friend of the young …

A comparison with non-Salesian newspapers has allowed grasping the different facets, less hagiographic and, at the same time, highlight how much of that holiness appeared, not only respectable, but praiseworthy even to non-believers or anti-clericals and how much was not understood or became the object of unkind observations.

The richest source is the Central Archive of the Salesians of Don Bosco, which preserves scraps of newspapers for each of the three years studied and, for 1888; also, manuscript transcripts authenticated by the then archivist, Don Gioacchino Berto (1847- 1914).

The volume, after providing for each of the three periods the historical coordinates and some information on the journalistic world of the time and on the newspapers used in order to facilitate the contextualization of the texts, focuses on various aspects of the multifaceted personality of the Saint that emerge in each of the years under study, comparing what appears in papers decidedly Catholic and on periodicals of other orientations, for the reciprocal integration of the “vulgate” image of Don Bosco. It also analyzes the perception of his educational and missionary activity and the social resonance of his works.

Adding interest to the publications are three inserts each containing pages of the periodicals cited for each of the years studied.

At the end of the work, there is an index of the publications consulted for each year, with some brief information on them.

The holiness of Mary Domenica Mazzarello